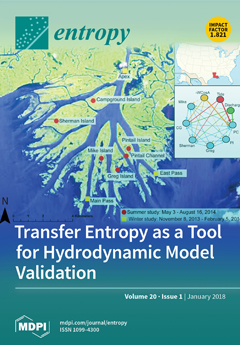 Cover Story (view full-size image): Deltas are undergoing change due to natural and anthropogenic impacts, thus there is a need to model their evolution. Model validation ensures the results capture the system of interest. We use transfer entropy (TE), a measure of directional information transfer between variables, to quantify couplings between river discharge, tides, wind, and water levels at the Wax Lake Delta, LA, USA, and assess whether the model is able to reproduce these couplings. Multi-scale delta dynamics are captured using TE, gaining insight into model performance and needs for improvement. View this paper
Previous Issue
Volume 19, December
Next Issue
Volume 20, February
We use cookies on our website to ensure you get the best experience. Read more about our cookies here.
Accept
We have just recently launched a new version of our website. Help us to further improve by taking part in this short 5 minute survey here. here.
Never show this again