Saint Peter’s First Burial Site According to Maria Valtorta’s Mystical Writings, Checked against the Archeology of Rome in the I Century

The discovery of the mortal remains of the apostle Peter in the Vatican caves, in the 1940s, has aroused several doubts among scholars. In any case, there is consensus on this not being Peter’s first burial site on the Vatican Hill. The recent studies on Maria Valtorta’s mystical writings have shown that they contain a lot of data open to check through disparate scientific disciplines. Every time this check has been done, unexpected results have been found, as if her writings contain data not ascribable to her skills and awareness. Maria Valtorta describes also Peter’s first burial site, which, she writes, was not on the Vatican Hill. The analysis of these particular texts, checked against the archeology of Rome in the I century and its catacombs, has allowed us to locate Peter’s first burial site in a hypogeum discovered in 1864 but not yet fully explored, near the beginning of Via Nomentana, in Rome. A mathematical estimate of the probability that Maria Valtorta, by chance, invented the data that lead to this particular site shows that it is very small and reinforces the conclusion, already reached with archeology, that casualness is very doubtful. The full exploration of this hypogeum would assess the reliability of this alleged Peter’s first burial site. View Full-Text
Keywords: Saint Peter’s tomb; Roman catacombs; Maria Valtorta; mystical writings; imperial Rome Saint Peter’s tomb; Roman catacombs; Maria Valtorta; mystical writings; imperial Rome
►▼ Show Figures 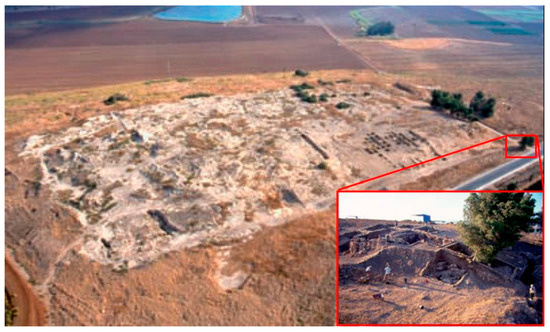