Designing a Model to Display the Relation between Social Vulnerability and Anthropogenic Risk of Wildfires in Galicia, Spain

Since the beginning of the 21st century, most of the forest fires that have occured in Spain have taken place in the northern region of Galicia. This area represents 5.8% of the Spanish territory, but compromises, in certain years, up to 50% of the total number of wildfires. Current research on forest fires is focused mostly on physical or meteorological characteristics, post-fire situations, and their potential destructive capacities (main areas burnt, type of vegetation, economic loses, etc.). However, the academic research to date has not delved into other socioeconomic factors (population structure, density, livestock farms, education, among others), which compromise the existing pre-fire situation in the affected territories, and subsequently reflect the prevailing vulnerability of the population. Indeed, these socioeconomic variables can influence fire occurrence, whether positively or negatively. To fill in this knowledge gap, this article analyzes the relationship between wildfire events and the socioeconomic variables that characterize the Galician municipalities affected. To that effect, first, a thorough examination and selection of the most relevant socioeconomic variables, and their subsequent justification will be carried out. Then, using IBM SPSS statistics 24, a linear regression is executed using the data of wildfires that occurred in Galicia between 2001–2015. The resulting model allows a better knowledge of the importance of the socioeconomic situation in Galician municipalities when wildfires occur. Therefore, this result identifies the existing relationship between the socioeconomic variables and wildfire events, and consequently will help to optimize the interventions that must be done. This may be the best way to carry out prevention actions in order to reduce vulnerability to forest fires. View Full-Text
Keywords: socioeconomic variables; Spain; Galicia; wildfires; multiple linear regression socioeconomic variables; Spain; Galicia; wildfires; multiple linear regression
►▼ Show Figures 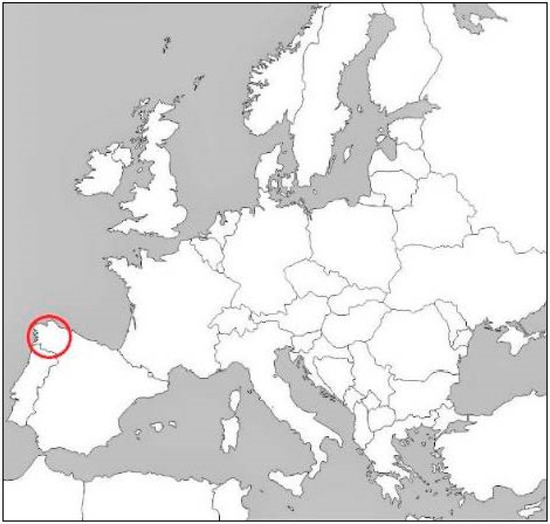 
de Diego, Jaime, Antonio Rúa, and Mercedes Fernández. 2019. "Designing a Model to Display the Relation between Social Vulnerability and Anthropogenic Risk of Wildfires in Galicia, Spain" Urban Science 3, no. 1: 32. https://doi.org/10.3390/urbansci3010032