Atopic Dermatitis in Domestic Animals: What Our Current Understanding Is and How This Applies to Clinical Practice

Pseudomembranous Cystitis: An Uncommon Ultrasound Appearance of Cystitis in Cats and Dogs

:
In veterinary medicine, pseudomembranous cystitis (PC) is a rare condition described only in cats. The purposes of this retrospective study were to describe ultrasound features of PC in cats and dogs, predisposing factors, comorbidities and outcomes. Cats and dogs with an ultrasonographic diagnosis of PC were included in the study. The bladder ultrasound findings that were recorded were: pseudomembranes’ characteristics, abnormalities of the bladder’s wall and content and anomalies of the pericystic peritoneal space. Ten cats and four dogs met the inclusion criteria. Four pseudomembrane adhesion patterns were described. The presence of pseudomembrane acoustic shadowing was observed in the 60% of cats. A total of 80% of the cats included were presented for urethral obstruction (UO) and/or had at least one episode of UO in the previous 2 months. Thirteen patients out of fourteen received only medical therapy, and all of them survived. PC is a rare disorder in cats and dogs and there are some ultrasonographic differences between the two species, suggesting a greater severity of the pathology in cats. Chronic cystitis and UO may have a potential role in the development of feline PC. Finally, the medical approach can be a non-invasive and effective approach for PC.
Keywords:
pseudomembranous cystitis; cat; dog

In veterinary medicine, pseudomembranous cystitis (PC) is a rare condition described only in cats [1]. This pathology is associated with severe diffuse ulceration, necrosis, and hemorrhage of the bladder wall, with intraluminal necrotic, fibrinous and hemorrhagic material, as already described by Le Boedec et al, in four cats with urine outflow obstruction [1]. At the ultrasound examination, the urinary bladder presents a peculiar ultrasound feature, represented by multiple hyperechoic luminal septa and/or strips resembling membranes, associated to urinary bladder wall thickening and intraluminal suspended echogenic debris [1]. Similar ultrasonographic findings have also been found in one case report and one study about cats with lower urinary tract obstruction [2,3]. Finally, the ultrasound appearance of PC was also observed in dogs [4], but at the moment, to the authors’ knowledge, there are only one study and one book describing PC in this species [5]. In human medicine, the definition of PC is controversial. Indeed, it is a term used to describe a specific form of chronic cystitis, similar to that described in cats, where pseudomembranes, composed of shaggy layers of necrotic, gray or yellow cell detritus, fibrin, inflammatory cells and blood, cover a hemorrhagic and ulcerated mucosa [6], but also to describe non-malignant inflammatory metaplastic changes in the bladder trigonal epithelium, particularly observed in females, more commonly defined as pseudomembranous trigonitis [7,8,9].
The etiology and pathogenesis of PC are still not well understood. In cats, a possible correlation between PC and urethral obstruction (UO) and bacterial infection was hypothesized [1,3]. In humans, various origins of bladder wall necrosis have been described, including bacterial infections [10,11,12,13], drugs such as cyclophosphamide [6,14] and ischemia of the bladder wall due to excessive and prolonged bladder distension [10,11,15,16,17]. For pseudomembranous trigonitis, several explanations have been proposed, including, first of all, a hormonal impact related to the presence of estrogen receptors in the trigone [8,18,19,20].
Regarding the therapy, a surgical and a medical approach were described in cats, which were both successful. The first one was described by Le Boedec et al., and it consisted of a cystotomy with the removal of the intravesical material, associated with a post-operative medical treatment [1]. On the other hand, the medical approach was described by Vila et al., which prevalently included fluid therapy with lactated Ringer’s solution, amoxicillin–clavulanic acid, buprenorphine, prazosin and urethral catheterization [3].
The aims of the present study were to describe ultrasound features of PC in both cats and dogs, and to evaluate possible predisposing factors, comorbidities and outcomes.

The medical records of client-owned cats and dogs of various breeds, genders, and ages, referred to the Veterinary Teaching Hospital of the Department of Veterinary Science (University of Pisa, Pisa, Italy) between January 2015 and December 2020, with an ultrasonographic diagnosis of PC, were retrospectively reviewed. For each patient, data regarding signalment, history, including the presence of previous episodes of UO, physical examination, clinical signs, urinalysis findings (bacteriuria, leukocyturia, hematuria and crystalluria), urine culture when available, therapy and outcome were collected from medical records. We also registered how many other cats and dogs had an ultrasonographic aspect suggestive of cystitis in the same period.
Ultrasonography was performed using a Canon Aplio a CUS-AA000 (Canon Medical Systems Europe B.V., Zoetermeer, the Netherlands), with a 7.5 MHz microconvex probe and a 12 MHz linear probe. Ultrasonographic records, images and videos were reviewed for each patient by a single radiologist (S.C.).
An ultrasound diagnosis of PC was based on the presence of intraluminal hyperechoic septa and/or strips resembling pseudomembranes. The pseudomembranes were classified into four ultrasonographic patterns, based on their different type of adhesion to the bladder wall, as described in Table 1.
The eventual presence of associated acoustic shadow was also evaluated. Moreover, ultrasonographic abnormalities of the bladder wall and content and anomalies of the pericystic space were recorded.
Finally, the presence of kidney and/or ureteral ultrasonographic anomalies was also registered.
For each patient, the type of received therapy was recorded, and classified as medical or surgical.
The outcome was evaluated by reviewing the medical records and/or by phone interviews with the owners. Patients that presented at least one episode of clinical signs related to cystitis within six months after the diagnosis of PC were considered to have a recurrence of cystitis.
Statistical analyses were performed using commercial statistical software (GraphPad Prism 5.0, GraphPad Software Inc, San Diego, CA, USA). Normality for quantitative variables was assessed by the Shapiro–Wilk test. Descriptive statistics were calculated, and the median and range were reported for each variable.

In the present study, PC was confirmed to be a rare disorder in cats and also in dogs, with some ultrasonographic differences between the two species, which suggested a greater severity of the pathology in cats. Although the exact pathogenesis remains unknown, in cats, UO and relapsing chronic cystitis may have a potential role in the development of PC. Finally, in our cohort of patients, PC had a benign prognosis and based on our findings, the medical approach can be a non-invasive and effective approach for PC. In conclusion, in patients affected by PC, ultrasound is fundamental for the diagnosis and may be a very useful tool to assess the evolution of PC over time, and to monitor associated complications, such as chronic cystitis and UO.

Our study was retrospective, and no extra clinical procedures were performed on the included patients than those normally used in the diagnostic and therapeutic process. For this reason, we do not have an informed consent regarding our manuscript.

Data are available in the clinical database of the Veterinary Teaching Hospital “Mario Modenato” (Department of Veterinary Sciences—University of Pisa). 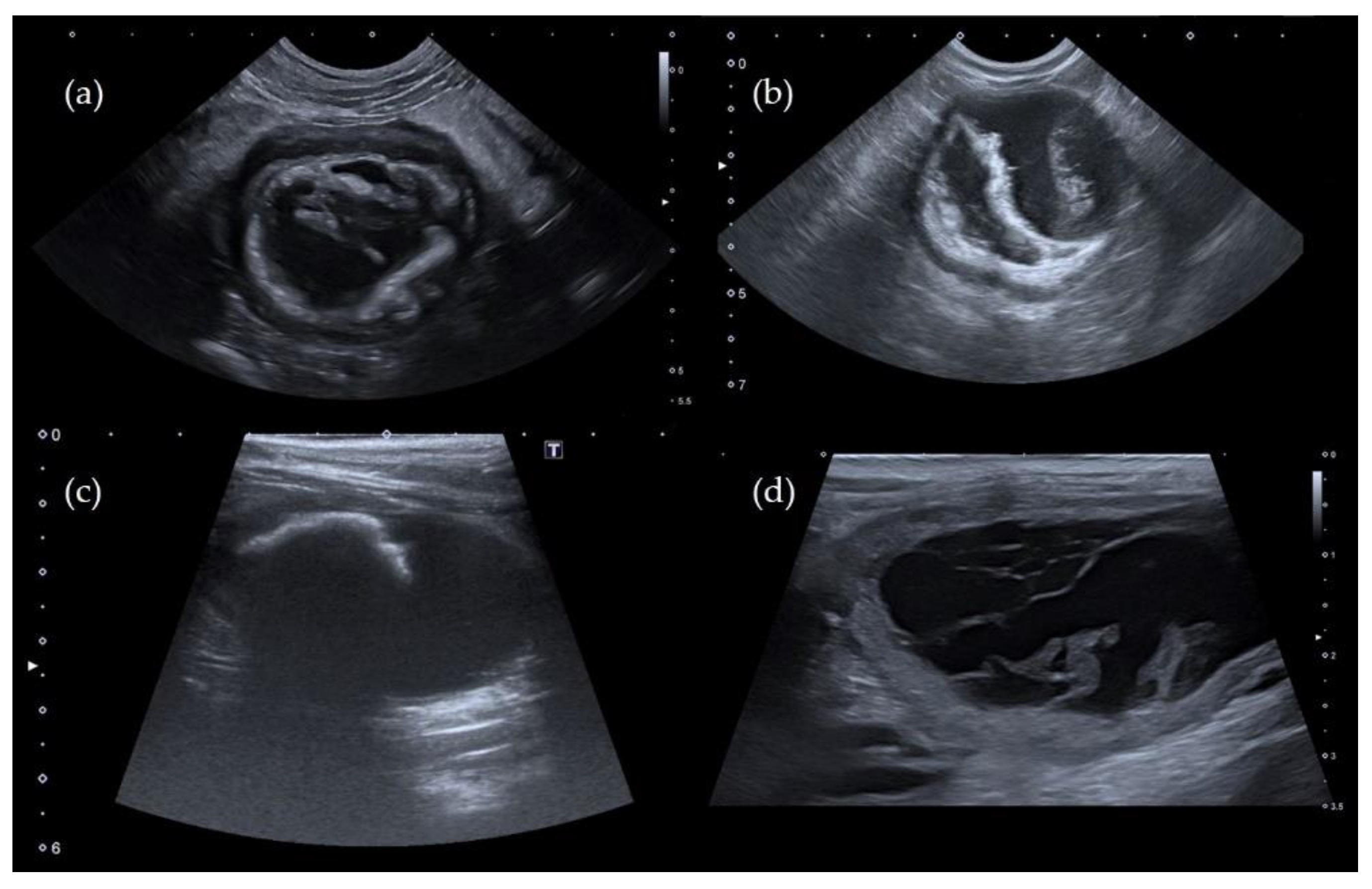 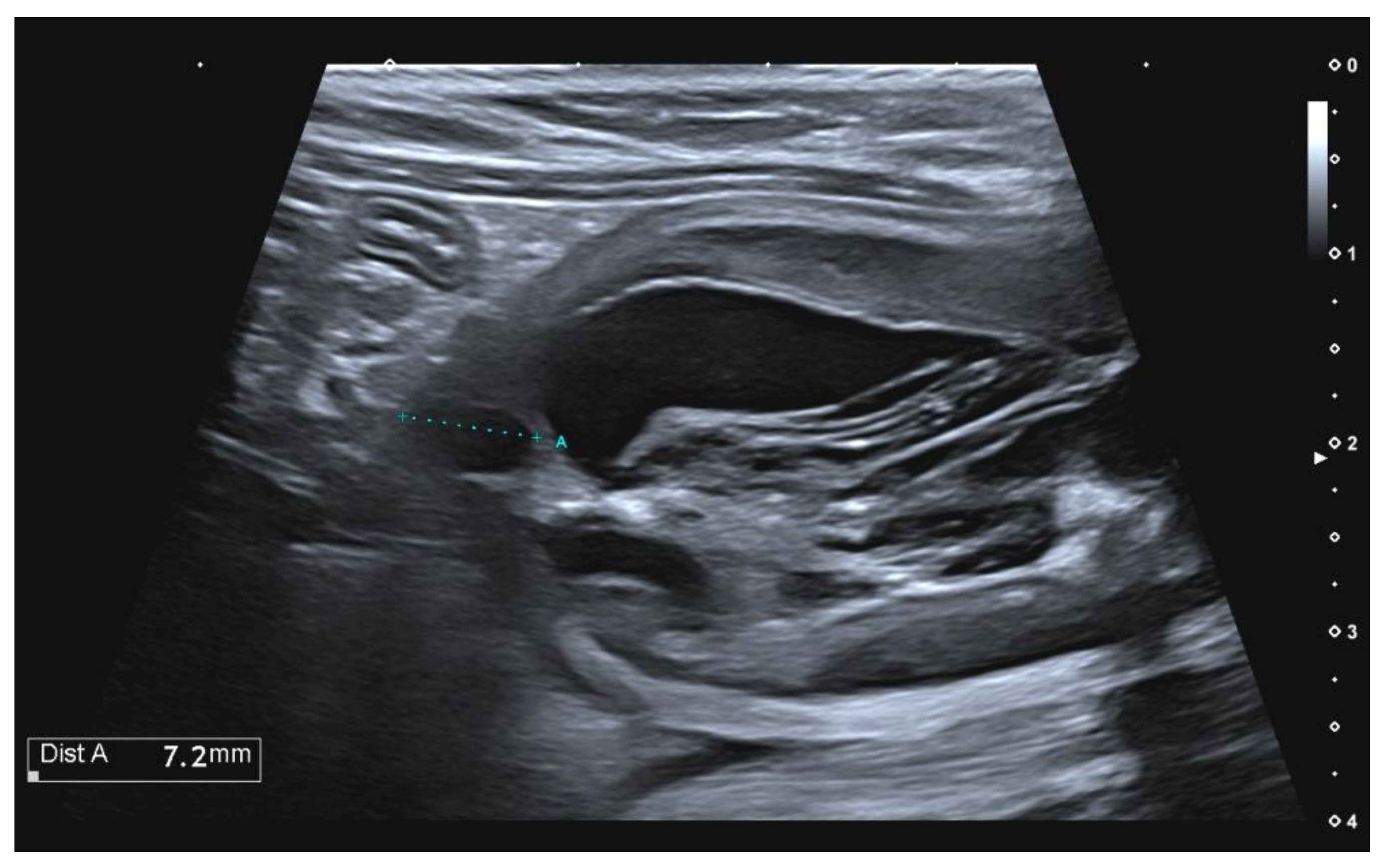