Carbon dioxide conversion and utilization is gaining significant attention worldwide, not only because carbon dioxide has an impact on global climate change, but also because it provides a source for potential fuels and chemicals. Methanol is an important fuel that can be obtained by the hydrogenation of carbon dioxide. In this research, the modeling of a reactor to produce methanol using carbon dioxide and hydrogen is carried out by way of an ANOVA and a central composite design. Reaction temperature, reaction pressure, H2/CO2 ratio, and recycling are the chosen factors, while the methanol production and the reactor volume are the studied responses. Results show that the interaction AC is common between the two responses and allows improvement of the productivity in reducing the volume. A mathematical model for methanol production and reactor volume is obtained with significant factors. A central composite design is used to optimize the process. Results show that a higher productivity is obtained with temperature, CO2/H2 ratio, and recycle factors at higher, lower, and higher levels, respectively. The methanol production is equal to 33,540 kg/h, while the reactor volume is 6 m3. Future research should investigate the economic analysis of the process in order to improve productivity with lower costs. View Full-Text
Keywords: methanol production; ANOVA analysis; response surface methodology; process simulation; carbon capture and utilization; optimization methanol production; ANOVA analysis; response surface methodology; process simulation; carbon capture and utilization; optimization
►▼ Show Figures 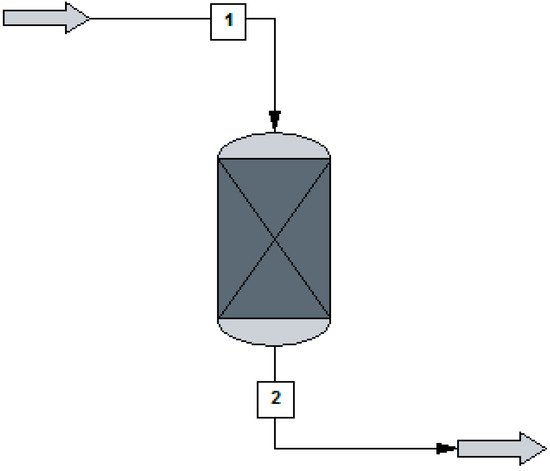 Leonzio, G. Optimization through Response Surface Methodology of a Reactor Producing Methanol by the Hydrogenation of Carbon Dioxide. Processes 2017, 5, 62.


Leonzio G. Optimization through Response Surface Methodology of a Reactor Producing Methanol by the Hydrogenation of Carbon Dioxide. Processes. 2017; 5(4):62.


Leonzio, Grazia. 2017. "Optimization through Response Surface Methodology of a Reactor Producing Methanol by the Hydrogenation of Carbon Dioxide." Processes 5, no. 4: 62.