From Data to Rhizomes: Applying a Geographical Concept to Understand the Mobility of Tourists from Geo-Located Tweets

Deep Full-Body HPE for Activity Recognition from RGB Frames Only

Human Pose Estimation (HPE) is defined as the problem of human joints’ localization (also known as keypoints: elbows, wrists, etc.) in images or videos. It is also defined as the search for a specific pose in space of all articulated joints. HPE has recently received significant attention from the scientific community. The main reason behind this trend is that pose estimation is considered as a key step for many computer vision tasks. Although many approaches have reported promising results, this domain remains largely unsolved due to several challenges such as occlusions, small and barely visible joints, and variations in clothing and lighting. In the last few years, the power of deep neural networks has been demonstrated in a wide variety of computer vision problems and especially the HPE task. In this context, we present in this paper a Deep Full-Body-HPE (DFB-HPE) approach from RGB images only. Based on ConvNets, fifteen human joint positions are predicted and can be further exploited for a large range of applications such as gesture recognition, sports performance analysis, or human-robot interaction. To evaluate the proposed deep pose estimation model, we apply it to recognize the daily activities of a person in an unconstrained environment. Therefore, the extracted features, represented by deep estimated poses, are fed to an SVM classifier. To validate the proposed architecture, our approach is tested on two publicly available benchmarks for pose estimation and activity recognition, namely the J-HMDBand CAD-60datasets. The obtained results demonstrate the efficiency of the proposed method based on ConvNets and SVM and prove how deep pose estimation can improve the recognition accuracy. By means of comparison with state-of-the-art methods, we achieve the best HPE performance, as well as the best activity recognition precision on the CAD-60 dataset. View Full-Text
Keywords: human pose estimation; human activity recognition; deep learning; ConvNets; SVM human pose estimation; human activity recognition; deep learning; ConvNets; SVM
►▼ Show Figures 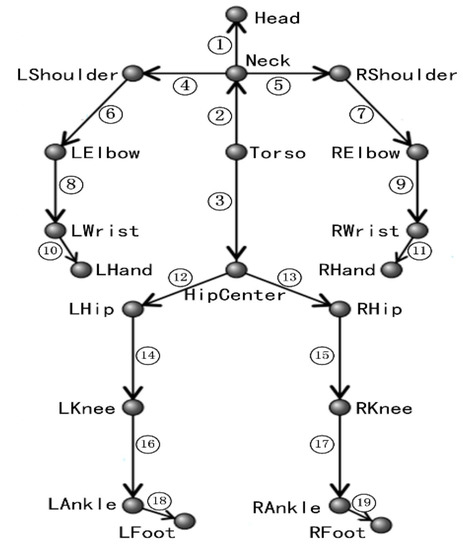 Sameh Neili Boualia
Sameh Neili Boualia received her B.Sc. degree from the National Engineering School of Sousse (ENISo), University of Sousse, Tunisia in Industrial Computer Engineering in 2013. She is actually a Ph.D. student at the National Engineering School of Tunis (ENIT), University of Tunis El Manar, Tunisia and a member of LATIS Research Lab of ENISo-University of Sousse since November 2013. Her current research interests include image and video processing, computer vision, human activity recognition, and deep learning applications.

Najoua Essoukri Ben Amara
Najoua Essoukri Ben Amara received a B.Sc., M.S., Ph.D., and HDR in Electrical Engineering, Signal Processing, System Analysis, and Pattern Recognition from the National School of Engineers of Tunis, University El Manar, Tunisia, in 1985, 1986, 1999, and 2004, respectively. She became senior lecturer in July 2004 and full Professor in October 2009 in Electrical Engineering at the National School of Engineers of Sousse ENISo, University of Sousse, Tunisia. She is a founding member and director of the research group SAGE (Systèmes Avancés en Genie Electrique). From July 2008 to July 2011, she was the director of ENISo. She has a wide national and international visibility, as the chair of several national committees and chair/co-chair of various international scientific conferences. She acts in many program committees and belongs to several scientific ones. She was the coordinator of several European projects (Euromed 3+3 and Tempus). She initiated multiple collaborations with international research laboratories and socio-economic organizations. Since 2011, she is the President of the Tunisian Association of Innovative Techniques of Sousse. Her areas of research include pattern recognition, document analysis, multimodal biometrics, medical image processing, and computer vision, with applications to the segmentation of documents, biometric recognition, individuals, and detection/monitoring multi-object and authored/co-authored over 100 articles in various national publications.
Zoom | Orient | As Lines | As Sticks | As Cartoon | As Surface | Previous Scene | Next Scene
We use cookies on our website to ensure you get the best experience. Read more about our cookies here.
Accept
We have just recently launched a new version of our website. Help us to further improve by taking part in this short 5 minute survey here. here.
Never show this again