This is the second and final part of our Cesium Markup Language (CZML) study. Here, we describe the relevant applications, academic influence, and future developments of CZML. Since its emergence in 2011, CZML has become widely used in the geoscientific environment. It is also having a positive impact on geoscience. Numerous applications use CZML for generating time-dynamic geovisualization, facilitating data interoperability, and promoting spatial data infrastructures. In this paper, we give an overview of the available tools and services, representative applications, as well as the role that CZML plays for geoscientific research. Furthermore, we also discuss key similarities and differences between CZML and KML (Keyhole Markup Language), and outline some of the future improvements for CZML’s research and development. View Full-Text
Keywords: CZML; KML; time-dynamic visualization; geospatial object; interoperability CZML; KML; time-dynamic visualization; geospatial object; interoperability
►▼ Show Figures 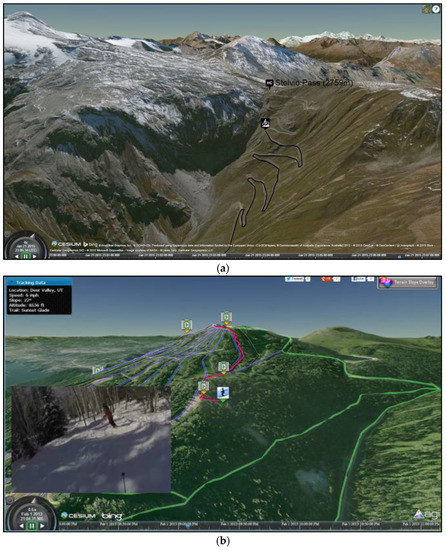