Several studies attempt to describe changes in the spatial patterns of forests over time, resorting to the comparison of landscape pattern indices (LPI), but new methods for quantifying landscape differences in a statistical context are necessary. In this paper, we quantified and assessed the statistical significance of the forests pattern changes, which have occurred since the end of WWII in Central Italy (Isernia). To do this; based on the proportion of forest cover (pi) and contagion (H) of three land cover maps (1954–1981–2006); we generated 100 forest maps with predictable results through the midpoint displacement algorithm. Then, for both observed and simulated maps, we computed a set of LPI (number of patches, cohesion, largest forest patch index and area weighted mean shape index) and we derived their empirical distributions; finally, we compared the empirical distributions using the non-parametric Kruskal-Wallis test. Our results show significant changes in the spatial pattern of forests and underline the process of natural forest re-growth, which, in the area, is constrained by “remnants” of traditional activities. The adopted approach could be extended to a large ensemble of landscapes and spatial scales and could become a standard procedure when comparing patterns in time. View Full-Text
Keywords: midpoint displacement algorithm; landscape pattern index; empirical distribution; forest regrowth midpoint displacement algorithm; landscape pattern index; empirical distribution; forest regrowth
►▼ Show Figures 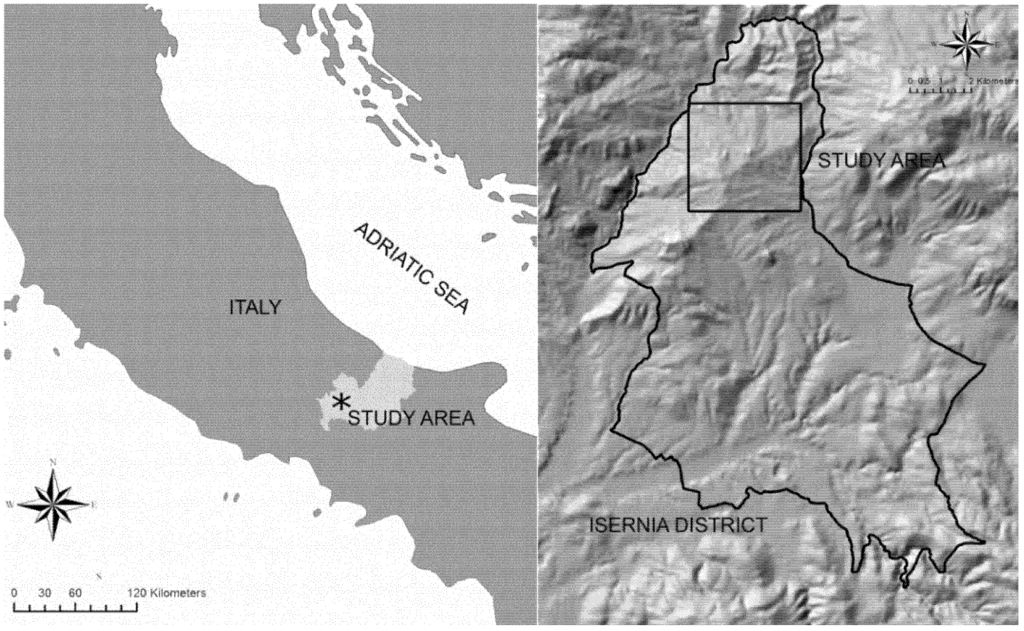