Proximity beacons are small, low-power devices capable of transmitting information at a limited distance via Bluetooth low energy protocol. These beacons are typically used to broadcast small amounts of location-dependent data (e.g., advertisements) or to detect nearby objects. However, researchers have shown that beacons can also be used for indoor localization converting the received signal strength indication (RSSI) to distance information. In this work, we study the effectiveness of proximity beacons for accurately locating objects within a manufacturing plant by performing extensive experiments in a real industrial environment. To this purpose, we compare localization algorithms based either on trilateration or environment fingerprinting combined with a machine-learning based regressor (k-nearest neighbors, support-vector machines, or multi-layer perceptron). Each algorithm is analyzed in two different types of industrial environments. For each environment, various configurations are explored, where a configuration is characterized by the number of beacons per square meter and the density of fingerprint points. In addition, the fingerprinting approach is based on a preliminary site characterization; it may lead to location errors in the presence of environment variations (e.g., movements of large objects). For this reason, the robustness of fingerprinting algorithms against such variations is also assessed. Our results show that fingerprint solutions outperform trilateration, showing also a good resilience to environmental variations. Given the similar error obtained by all three fingerprint approaches, we conclude that k-NN is the preferable algorithm due to its simple deployment and low number of hyper-parameters. View Full-Text
Keywords: smart industry; industry 4.0; bluetooth low energy; indoor location; trilateration; fingerprint smart industry; industry 4.0; bluetooth low energy; indoor location; trilateration; fingerprint
►▼ Show Figures 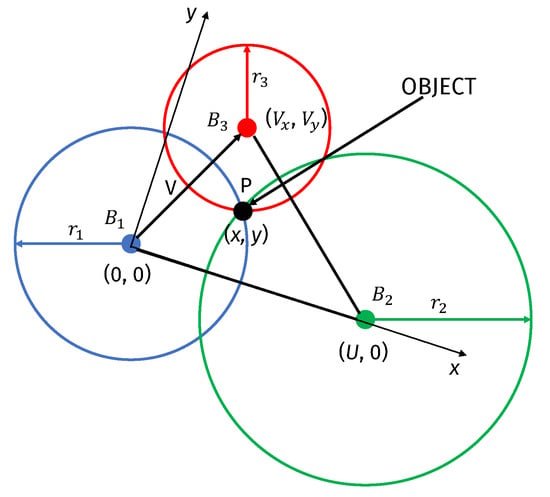