Osteoarthritis (OA) has long been viewed as a degenerative disease of cartilage, but accumulating evidence indicates that inflammation has a critical role in its pathogenesis. In particular, chondrocyte-mediated inflammatory responses triggered by the activation of innate immune receptors by alarmins (also known as danger signals) are thought to be involved. Thus, toll-like receptors (TLRs) and their signaling pathways are of particular interest. Recent reports suggest that among the TLR-induced innate immune responses, apoptosis is one of the critical events. Apoptosis is of particular importance, given that chondrocyte death is a dominant feature in OA. This review focuses on the role of TLR signaling in chondrocytes and the role of TLR activation in chondrocyte apoptosis. The functional relevance of TLR and TLR-triggered apoptosis in OA are discussed as well as their relevance as candidates for novel disease-modifying OA drugs (DMOADs). View Full-Text
Keywords: osteoarthritis; chondrocytes; toll-like receptors; apoptosis; innate immunity; cartilage osteoarthritis; chondrocytes; toll-like receptors; apoptosis; innate immunity; cartilage
►▼ Show Figures 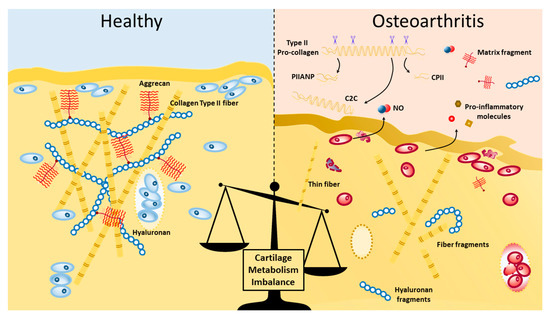