Hsian Sagr Hadi A * and

In order to reduce the high costs of conventional materials, and to reduce the power necessary for the deposition of titanium dioxide, titanium tetrabutoxide has been developed in the form of a suspension of TiO2 using water instead of expensive ethanol. To avoid sedimentation of hydroxide particles in the suspension, mechanical milling of the suspension was conducted in order to create diffusion in colloidal suspension before using it as feedstock. Consequently, through the creation of a colloidal suspension, coating deposition was able to be conducted without sedimentation of the hydroxide particles in the suspension during the deposition process. Though an amorphous as-deposited coating was able to be deposited, through post heat treatment at 630 °C for 60 min, the chemical structure became anatase rich. In addition, it was confirmed that the post heat treated anatase rich coating had enough photo-catalytic activity to decolor methylene-blue droplets. From these results, this technique was found to have high potential in the low cost photo-catalytic titanium coating production process. View Full-Text
Keywords: thermal plasma; suspension plasma spray; titanium oxide; photo-catalysis thermal plasma; suspension plasma spray; titanium oxide; photo-catalysis
►▼ Show Figures 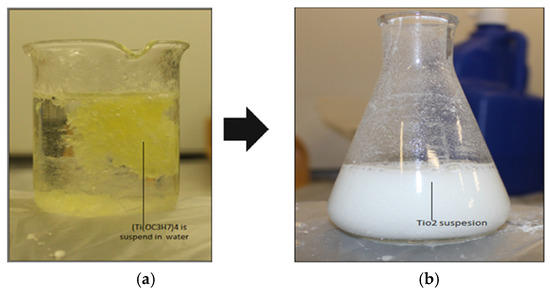