Herein we report on the use of different metal precursors in the synthesis of MoSe2 nanomaterials in order to control their morphology. The use of Mo(CO)6 as the metal precursor resulted in the formation of wrinkled few-layer nanosheets, while the use of H2MoO4 as the metal precursor resulted in the formation of nanoflowers. To investigate the effect of the morphologies on their performance as catalysts in the hydrogen evolution reaction, electrochemical characterization was done using linear sweep voltammetry (LSV), cyclic voltammetry (CV), and electrical impedance spectroscopy (EIS). The MoSe2 nanoflowers were found to have superior electrochemical performance towards the hydrogen evolution reaction with a lower Tafel slope, on-set potential, and overpotential at 10 mA/cm2 compared to the wrinkled few-layer nanosheets. This was found to be due to the higher effective electrochemical surface area of the nanoflowers compared to the nanosheets which suggests a higher number of exposed edge sites in the nanoflowers. View Full-Text
Keywords: molybdenum diselenide; colloidal synthesis; HER molybdenum diselenide; colloidal synthesis; HER
►▼ Show Figures 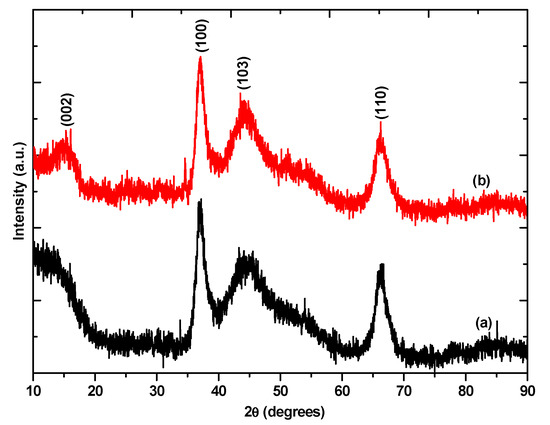