Investigation of Plasma-Assisted Functionalization of Graphitic Materials for Epoxy Composites

In this study we evaluated the effect of microwave vacuum plasma for the surface functionalization of graphitic fillers (graphite and graphene); we also showed the effect of the functionalization on the mechanical and electrical properties of epoxy composites. Optimized conditions of plasma treatment were defined to obtain high plasma density and increased surface hydrophilicity of the fillers, with high stability of functionalization over time and temperature. However, the extent of such treatments proved to be limited by the high temperatures involved in the curing process of the resin. The use of specific gas mixtures (He/O2) during functionalization and the use of a high surface filler (graphene) can partially limit these negative effects thanks to the higher thermal stability of the induced functionalization. As a consequence, mechanical tests on graphene filled epoxies showed limited improvements in flexural properties while electrical resistivity is slightly increased with a shift of the percolation threshold towards higher filler concentration. View Full-Text
Keywords: graphite; graphene; functional composites; plasma functionalization graphite; graphene; functional composites; plasma functionalization
►▼ Show Figures 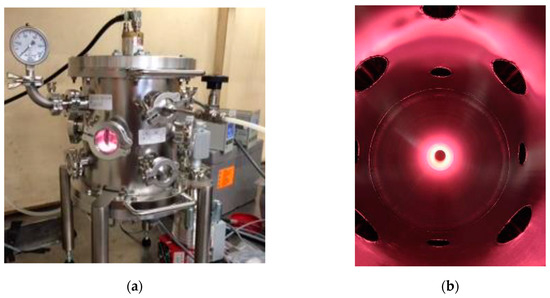