Hinduism, Hindutva and Hindu Populism in India: An Analysis of Party Manifestos of Indian Rightwing Parties
Next Article in Special Issue

Religion and the Stigma of Suicide: A Quantitative Analysis Using Nationwide Survey Data from Hungary
Previous Article in Journal

Muslim Stand-Up Comedy in the US and the UK: Incongruity, Everydayness, and Performativity
Previous Article in Special Issue

Spirituality and Religiosity during Suicide Bereavement: A Qualitative Systematic Review

An Action Research Framework for Religion and the Stigma of Suicide

Religious beliefs and practices have historically been intertwined with stigmatizing attitudes and responses to suicide, including stereotypes, prejudice, and discrimination. Understanding the relationship between religion and suicide stigma requires identifying specific religious beliefs and practices about suicide and how these are informed by broader worldviews, such as ethics, anthropology, and afterlife beliefs. Yet, research in this area has been complicated by the complex multidimensional nature of stigma and the diversity of religious beliefs and practices, even within religious traditions. Moreover, contrary arguments about the role of religious views of suicide in suicide prevention, specifically whether religious stigma is protective or instead contributes to risk, have obscured the interpretation of findings. This paper aims to advance research on this topic by first summarizing pertinent empirical findings and theoretical perspectives on public and personal stigma towards people with suicidal ideation (PWSI), people with suicidal behavior (PWSB), and suicide loss survivors (SLS). Secondly, a culturally nuanced action research framework (ARF) of religious stigma towards suicide is provided to guide future research. According to this ARF, research should advance strategically by investigating associations of religious beliefs and practices with stigmatization, identifying empowering resources within particular religious traditions, supporting suicide prevention efforts, and developing effective interventions to support PWSI, PWSB, and SLS. Moreover, such research efforts ought to equip religious leaders, and healthcare professionals working with religious individuals, to reduce stigma towards suicide and further the goal of suicide prevention. View Full-Text
Keywords: stigma; suicide; religion; spirituality; mental illness; suicide prevention stigma; suicide; religion; spirituality; mental illness; suicide prevention
►▼ Show Figures 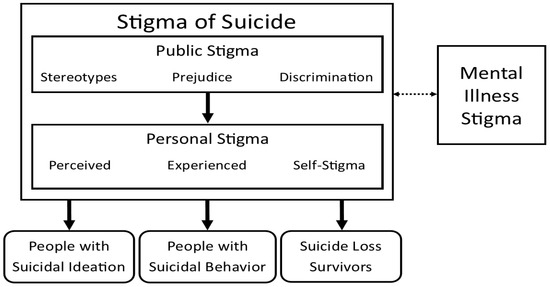 Curtis S. Lehmann
Curtis Lehmann, PhD, is a licensed psychologist and associate professor at Azusa Pacific University. His research interests are primarily in suicidality, stigma, and spirituality. He also has interests in trauma, substance use disorders and addiction, mental health stigma, and prosocial behaviors, as well as the intersection of spirituality with each of these.

Ivana Miller
Ivana Miller, B.A., is a graduate student in the MS in Research Psychology and Data Analysis program at Azusa Pacific University, Department of Psychology.

Samuel M. Girguis
Samuel M. Girguis, PsyD, is assistant professor and director of the Doctoral Program in Clinical Psychology at Azusa Pacific University, Department of Clinical Psychology.
Zoom | Orient | As Lines | As Sticks | As Cartoon | As Surface | Previous Scene | Next Scene
We use cookies on our website to ensure you get the best experience. Read more about our cookies here.
Accept
We have just recently launched a new version of our website. Help us to further improve by taking part in this short 5 minute survey here. here.
Never show this again