Nonlinear Destructive Interaction between Wind and Wave Loads Acting on the Substructure of the Offshore Wind Energy Converter: A Numerical Study
Next Article in Special Issue

The Environmental Impact of a Complex Hydrogeological System on Hydrocarbon-Pollutants’ Natural Attenuation: The Case of the Coastal Aquifers in Eleusis, West Attica, Greece
Previous Article in Journal

Advances in the Coastal and Submarine Groundwater Processes: Controls and Environmental Impact on the Thriassion Plain and Eleusis Gulf (Attica, Greece) 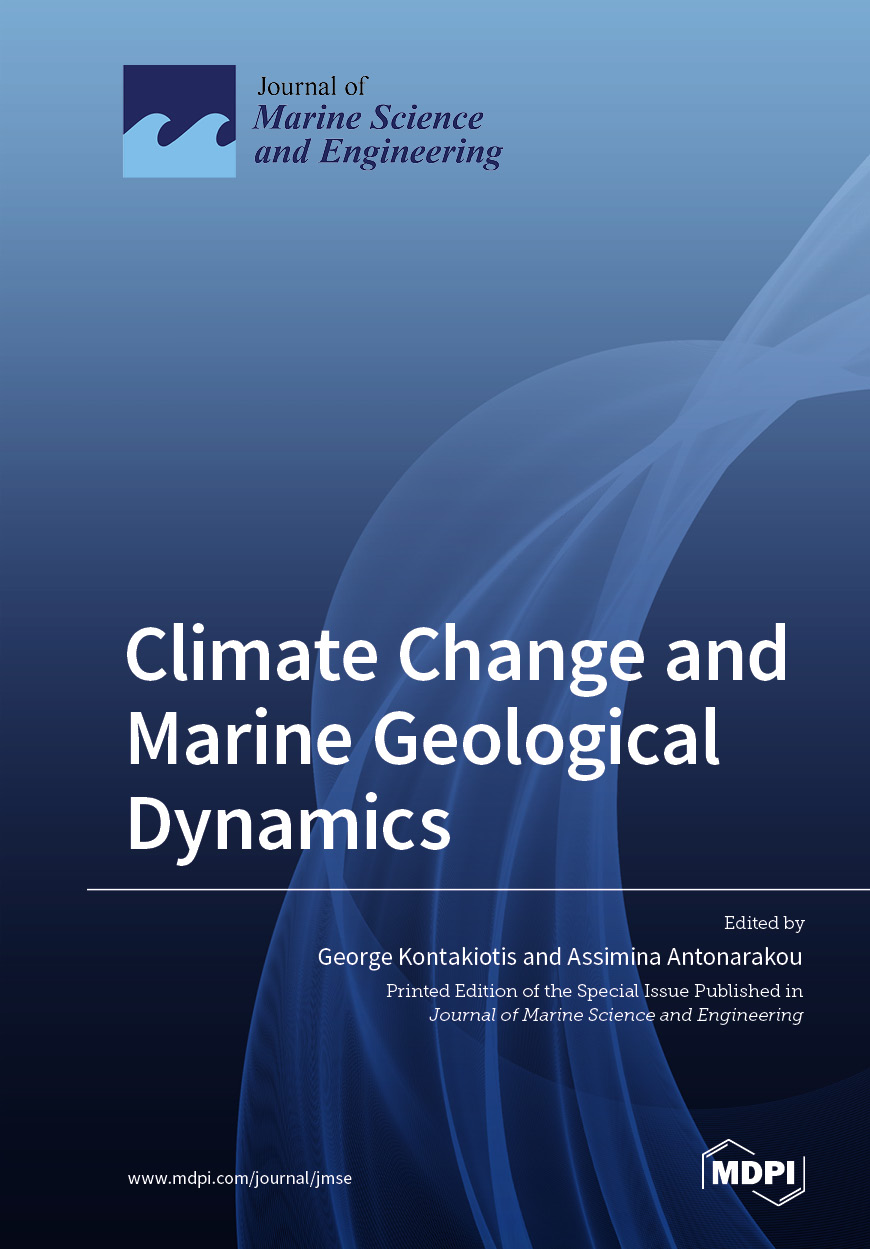 Paleoclimatic and paleoceanographic studies routinely rely on the usage of foraminiferal calcite through faunal, morphometric and physico-chemical proxies. The application of such proxies presupposes the extraction and cleaning of these biomineralized components from ocean sediments in the most efficient way, a process which is often labor intensive and time consuming. In this respect, in this study we performed a systematic experiment for planktonic foraminiferal specimen cleaning using different chemical treatments and evaluated the resulting data of a Late Quaternary gravity core sample from the Aegean Sea. All cleaning procedures adopted here were made on the basis of their minimum potential bias upon foraminiferal proxies, such as the faunal assemblages, degree of fragmentation, stable isotope composition (δ18O and δ13C) and/or Mg/Ca ratios that are frequently used as proxies for surface-ocean climate parameters (e.g., sea surface temperature, sea surface salinity). Six different protocols were tested, involving washing, sieving, and chemical treatment of the samples with hydrogen peroxide and/or sodium hexametaphosphate (Calgon®). Single species foraminifera shell weighing was combined with high-resolution scanning electron microscopy (SEM) and synchrotron X-ray microtomography (SμCT) of the material processed by each of the cleaning protocols, in order to assess the decontamination degree of specimen’s ultrastructure and interior. It appeared that a good compromise between time and cleaning efficiency is the simultaneous treatment of samples with a mixed hydrogen peroxide and Calgon solution, while the most effective way to almost completely decontaminate the calcareous components from undesirable sedimentary material is a two-step treatment—initially with hydrogen peroxide and subsequently with Calgon solutions. View Full-Text
Keywords: cleaning protocol; unconsolidated core sediments; shell weight; climate reconstruction; synchrotron X-ray microtomography (SμCT); foraminiferal-based proxies cleaning protocol; unconsolidated core sediments; shell weight; climate reconstruction; synchrotron X-ray microtomography (SμCT); foraminiferal-based proxies
►▼ Show Figures 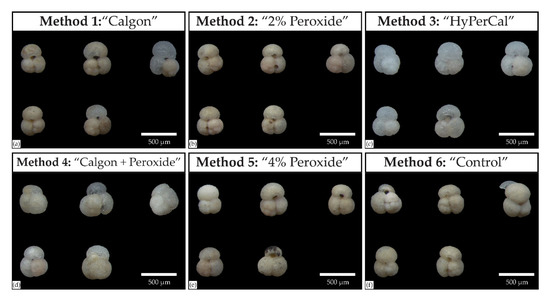