SupT1 Cell Infusion as a Possible Cell-Based Therapy for HIV: Results from a Pilot Study in Hu-PBMC BRGS Mice

In a previous in vitro study, the SupT1 cell line was explored as a decoy target for HIV-1, proposing SupT1 cell infusion as a possible cell-based therapy for HIV. In the present work, the previous in vitro model was translated into an in vivo setting. Specifically, Hu-PBMC BRGS mice were infected with a high input of HIV-1 LAI (100,000 TCID50), and 40 million 30 Gy-irradiated SupT1 cells were infused weekly for 4 weeks as a therapy. Blood samples were taken to monitor CD4+ T cell count and viral load, and mice were monitored daily for signs of illness. At the earliest time point analyzed (Week 1), there was a significantly lower plasma viral load (~10-fold) in all animals treated with SupT1 cell infusion, associated with a higher CD4+ T cell count. At later time points, infection proceeded with robust viral replication and evident CD4+ T cell depletion, except in one mouse that showed complete suppression of viral replication and preservation of CD4+ T cell count. No morbidity or mortality was associated with SupT1 cell infusion. The interesting tendencies observed in the generated data suggest that this approach should be further investigated as a possible cell-based HIV therapy. View Full-Text
Keywords: HIV; AIDS; cell-based therapy; humanized mice; SupT1 cells; CD4+ T cells HIV; AIDS; cell-based therapy; humanized mice; SupT1 cells; CD4+ T cells
►▼ Show Figures 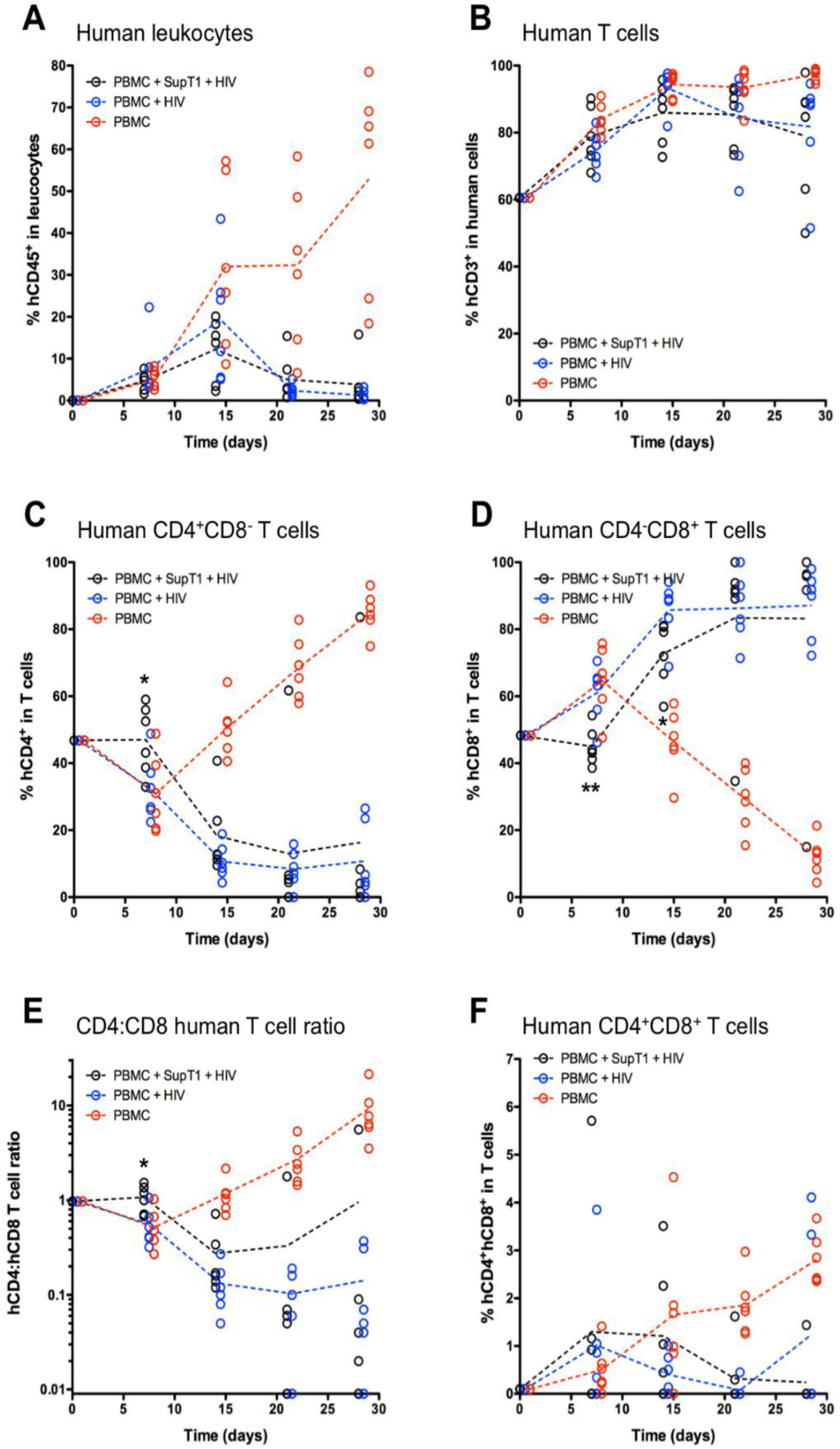