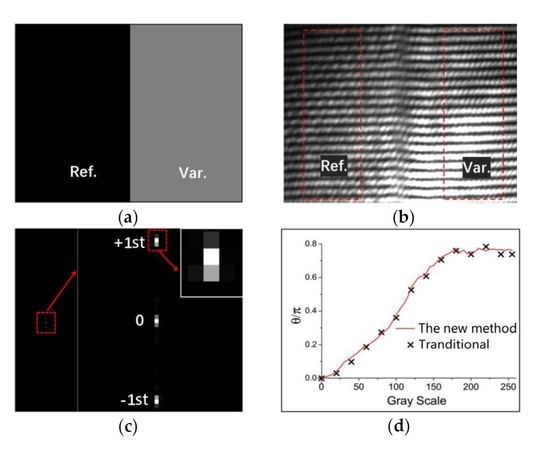 
Wang, Huaying; Dong, Zhao; Fan, Feng; Feng, Yunpeng; Lou, Yuli; Jiang, Xianan. 2018. "Characterization of Spatial Light Modulator Based on the Phase in Fourier Domain of the Hologram and Its Applications in Coherent Imaging." Appl. Sci. 8, no. 7: 1146.