Numerical Models for the Assessment of Historical Masonry Structures and Materials, Monitored by Acoustic Emission

We describe a nondestructive evaluation (NDE) method based on the propagation of highly nonlinear solitary waves (HNSWs) to determine the excess of water on the surface of existing concrete structures. HNSWs are induced in a one-dimensional granular chain placed in contact with the concrete to be tested. The chain is part of a built-in transducer designed and assembled to exploit the dynamic interaction between the particles and the concrete. The hypothesis is that the interaction depends on the stiffness of the concrete and influences the time-of-flight of the solitary pulse reflected at the transducer/concrete interface. Two sets of experiments were conducted. In the first set, eighteen concrete cylinders with different water-to-cement (w/c) ratios were cast and tested in order to obtain baseline data to link the ratio to the time of flight. Then, sixteen short beams with fixed w/c ratio, but subject to water in excess at one surface, were cast. The novel NDE method was applied along with the conventional ultrasonic pulse velocity technique in order to determine advantages and limitations of the proposed approach. The results show that the time of flight detected the excess of water in the beams. In the future, the proposed method may be employed in the field to evaluate rapidly and reliably the condition of existing concrete structures and, in particular, concrete decks. View Full-Text
Keywords: highly nonlinear solitary waves; nondestructive evaluation; concrete; ultrasonic pulse velocity method highly nonlinear solitary waves; nondestructive evaluation; concrete; ultrasonic pulse velocity method
►▼ Show Figures 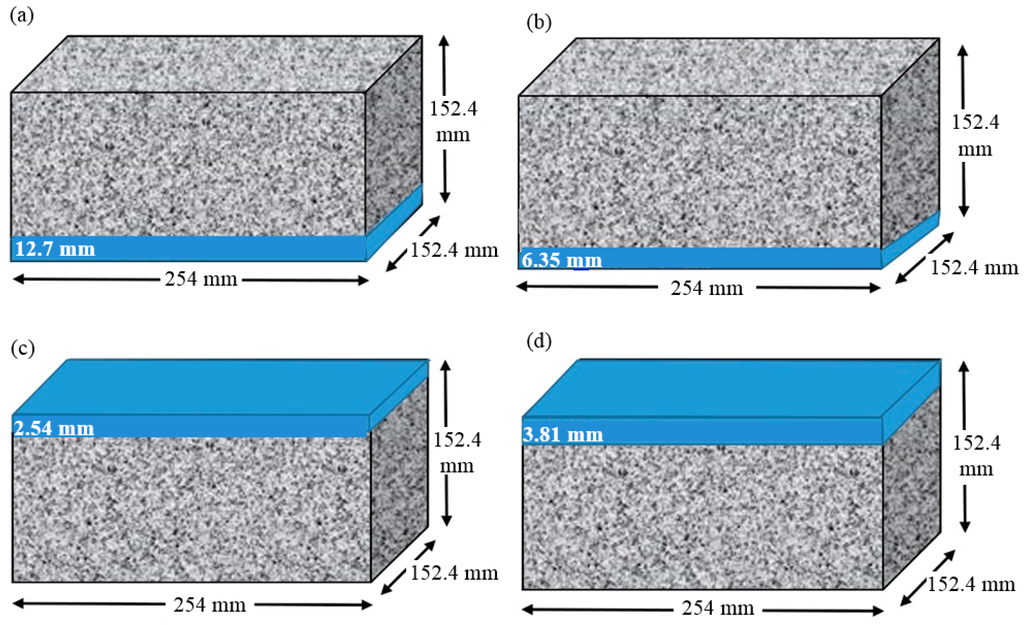