The Discovery of the Theater of Akragas (Valley of Temples, Agrigento, Italy): An Archaeological Confirmation of the Supposed Buried Structures from a Geophysical Survey
Previous Article in Journal

The Mosquera Valley in Sierra de Espadán Natural Park, Spain, as a Designed Mountain Landscape. Past and Present Uses

The Effect of Targeted Field Investigation on the Reliability of Axially Loaded Piles: A Random Field Approach

This work deals with the effect of targeted field investigation on the reliability of axially loaded piles, aiming at an optimal serviceability and ultimate limit state design. This is done in a Random Finite Element Method (RFEM) framework properly considering sampling in the analysis; the RFEM method combines finite element analysis with the random field theory. In this respect, the freely available program called RPILE1D has been modified by the authors as to consider sampling of both soil and pile properties. In each RFEM realization, failure is considered to have occurred when the calculated shaft resistance of pile considering spatially uniform properties (average of sampled values from the soil and pile random fields) is greater than the respective “actual” one considering spatially random properties for both soil and pile. The necessary numerical demonstration of the proposed methodology is done by considering two sampling strategies: a) sampling from a single point and b) sampling from a domain, both along the pile, whilst the various parameters governing the statistical uncertainty of the problem are examined; 5383 different cases were considered in total. As shown, a targeted field investigation may minimize or even eliminate the statistical error inserted in the design. The error is quantified by the difference in the probability of failure comparing different sampling scenarios. Another main finding is that the optimal horizontal sampling location occurs where the pile is going to be constructed. In addition, it is shown that the benefit of a targeted field investigation is much greater than the benefit gained using characteristic soil property values. View Full-Text
Keywords: field investigation; Random Finite Element Method; soil sampling; probabilistic analysis; reliability analysis; pile design; characteristic value field investigation; Random Finite Element Method; soil sampling; probabilistic analysis; reliability analysis; pile design; characteristic value
►▼ Show Figures 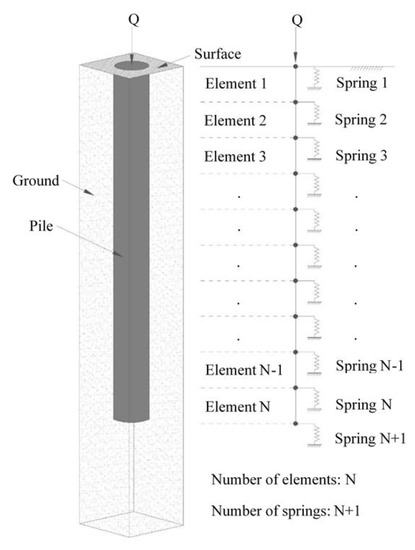