Animal Welfare: Freedoms, Dominions and “A Life Worth Living”
Previous Article in Journal

Preventing and Investigating Horse-Related Human Injury and Fatality in Work and Non-Work Equestrian Environments: A Consideration of the Workplace Health and Safety Framework

Impact of Androstenone on Leash Pulling and Jumping Up in Dogs

Dogs are relinquished to shelters due to behavioral problems, such as leash pulling and jumping up. Interomones are chemical cues produced by one species that elicit a response in a different species. We reported earlier that androstenone, a swine sex pheromone, acts as an interomone to reduce barking in dogs. Here we report two models using 10 dogs/study: a dog jumping and a dog walking model. For the leash-pulling model, each time the dog pulled on the leash the walker either did nothing (NOT), or sprayed the dog with water (H2O), androstenone + water (ANH), androstenone 0.1 µg/mL (AND1), or androstenone 1.0 µg/mL (AND2). The number of pulls during each walk was counted. For the jumping up model, each time the dog jumped the researcher did nothing (NOT), or sprayed the dog with H2O, ANH, AND1, or AND2. The number of jumps and the time between jumps were recorded. In Study 1, ANH, AND1, and AND2 each reduced leash pulling more than NOT and H2O (< 0.01). In Study 2, all treatments were effective in reducing jumping up behavior. Androstenone reduced jumping up, but not beyond that elicited by a spray of water alone. We conclude that androstenone in multiple delivery vehicles reduced leash pulling. The burst of air intended as a disruptive stimulus in the correction sprays may be too harsh for more sensitive dogs, and as such use of these sprays is cautioned in these animals. For other dogs, this interomone can be used to stop some behavior immediately or as a part of a training program to reduce undesirable behavior. View Full-Text
Keywords: behavior; canine; interomone; jumping up; leash pulling; pheromone behavior; canine; interomone; jumping up; leash pulling; pheromone
►▼ Show Figures 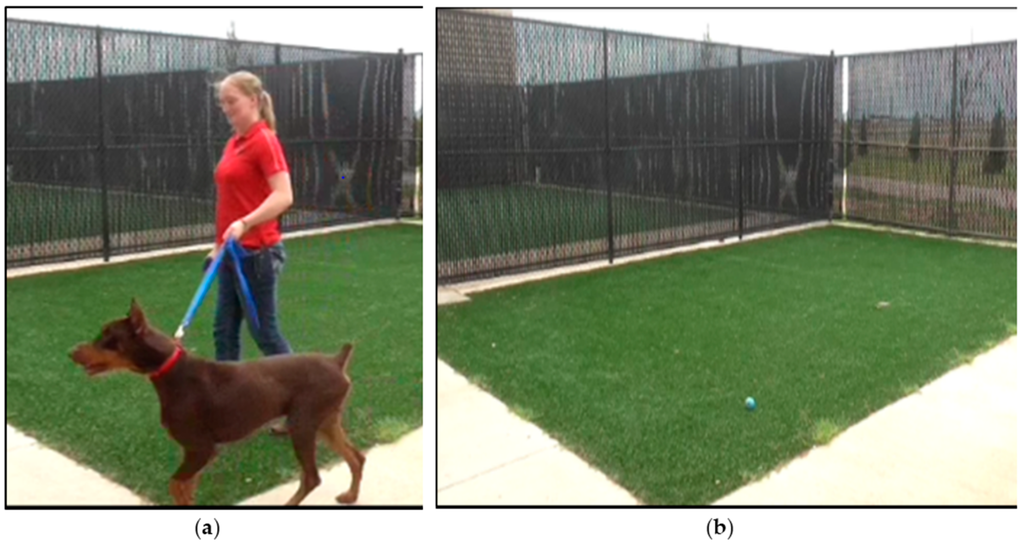