The Perils of Being Populous: Control and Conservation of Abundant Kangaroo Species

Conflicts with Wolves Can Originate from Their Parent Packs

Conflicts with wolves arise because wolves kill farm animals, especially sheep, or approach humans. It is expected that young wolves learn from their parent pack (PP) what their prey is and if it is safe to be near humans. To confirm this, we researched whether the behavior of young migrating wolves (loners), after they leave the pack, resembles PP behavior. Fourteen loners entering the Netherlands between 2015 and 2019 could be identified and genetically linked to their PPs. Loner and PP behavior was similar in 10 out of 14 cases. Like their PPs, some young wolves killed sheep and were near humans, others killed sheep and did not approach humans, while two loners were unproblematic, they did not kill sheep nor were they in proximity to humans. Thus, the PP behavior did predict loner’s behavior and conflicts may be similar between young wolves and their PPs. However, conflicts need not arise. To achieve that, new prevention methods are proposed to teach wolves in the PP not to approach sheep and humans. As a result, new generations may not be problematic when leaving the PP.

Transmission of experience about prey and habitat supports the survival of next generation of wolves. Thus, the parent pack (PP) can affect whether young migrating wolves (loners) kill farm animals or choose to be in human environments, which generates human–wolf conflicts. Therefore, we researched whether the behavior of loners resembles PP behavior. After being extinct, 22 loners had entered the Netherlands between 2015 and 2019. Among them, 14 could be DNA-identified and linked with their PPs in Germany. Some loners were siblings. We assessed the behavior of each individual and PP through a structured Google search. PP behavior was determined for the loner’s rearing period. Similarity between loner and PP behavior was significant (p = 0.022) and applied to 10 of 14 cases: like their PPs, three loners killed sheep and were near humans, five killed sheep and did not approach humans, while two loners were unproblematic, they did not kill sheep, nor were they near humans. Siblings behaved similarly. Thus, sheep killing and proximity to humans may develop during early-life experiences in the PP. However, by negative reinforcement that can be prevented. New methods are suggested to achieve that. As a result, new generations may not be problematic when leaving PPs. View Full-Text
Keywords: human–animal conflict; wolf behavior; migrating wolves; sheep killing; early-life experiences; bold wolves; learning; depredation; deterrence human–animal conflict; wolf behavior; migrating wolves; sheep killing; early-life experiences; bold wolves; learning; depredation; deterrence
►▼ Show Figures 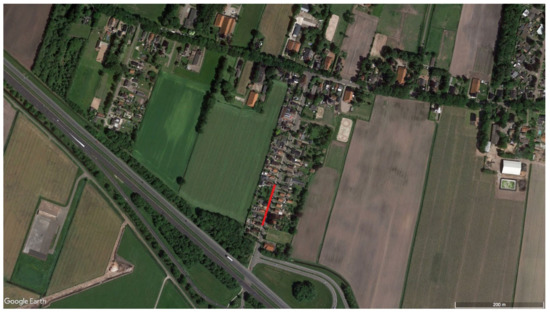