The Question of Appropriateness. Museums Established in Synagogues in Communist Poland: The Cases of Łańcut and Włodawa

World War II and the subsequent period of communist rule severely diminished the amount of historic Jewish architecture in Poland. It is estimated that in the mid-1990s there were about 321 synagogues and prayer houses in the country, all in various states of preservation. This article examines two case studies of synagogues that were salvaged by being transformed into Judaica museums. The first of these is the synagogue in Łańcut and the second concerns the complex of two synagogues and one prayer house in Włodawa. The article contains an analysis of both examples from the perspective of the following factors: the circumstances under which the institution was established, the place that the history and culture of Jews took in the Museum’s activity, the way that Judaica collections and exhibitions were constructed, the substantive, educational, and research activities that were undertaken, as well as the issue of what place these monuments occupy in the town’s landscape. View Full-Text
Keywords: synagogues; Jewish heritage; Judaica synagogues; Jewish heritage; Judaica
►▼ Show Figures 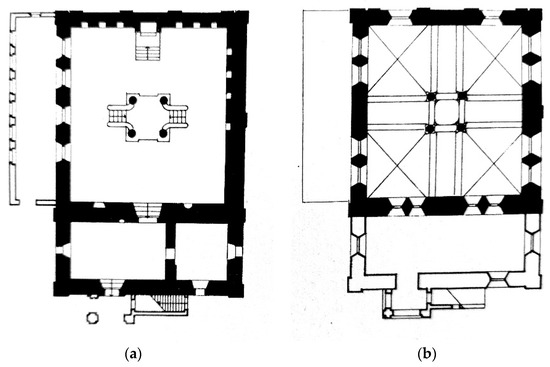 Migalska, K. The Question of Appropriateness. Museums Established in Synagogues in Communist Poland: The Cases of Łańcut and Włodawa. Arts 2019, 8, 167.


Migalska K. The Question of Appropriateness. Museums Established in Synagogues in Communist Poland: The Cases of Łańcut and Włodawa. Arts. 2019; 8(4):167.


Migalska, Kinga. 2019. "The Question of Appropriateness. Museums Established in Synagogues in Communist Poland: The Cases of Łańcut and Włodawa." Arts 8, no. 4: 167.