Microstructural Evolution in AlMgSi Alloys during Solidification under Electromagnetic Stirring

Equiaxed solidification of AlMgSi alloys with Fe and Mn was studied by electromagnetic stirring to understand the effect of forced flow. The specimens solidified with a low cooling rate, low temperature gradient, and forced convection. Stirring induced by a coil system around the specimens caused a transformation from equiaxed dendritic to rosette morphology with minor dendrites and, occasionally, spheroids. This evolution was quantitatively observed with specific surface Sv. The precipitation sequence of the phases was calculated using the CALPHAD (Computer Coupling of Phase Diagrams and Thermochemistry) technique. Melt flow decreased secondary dendrite arm spacing λ2 in the AlSi5Fe1.0 alloy, while λ2 increased slightly in Mg-containing alloys. The length of detrimental β-Al5FeSi phases decreased only in AlSi5Fe1.0 alloy under stirring, whereas in Mg-containing alloys, changes to the β-Al5FeSi phase were negligible; however, in all specimens, the number density increased. The modification of Mn-rich phases, spacing of eutectics, and Mg2Si phases was analyzed. It was found that the occurrence of Mg2Si phase regions reduced fluid flow in the late stages of solidification and, consequentially, reduced shortening of β-Al5FeSi, diminished secondary arm-ripening caused by forced convection, and supported diffusive ripening. However, the Mg2Si phase was found to have not disturbed stirring in the early stage of solidification, and transformation from dendrites to rosettes was unaffected. View Full-Text
Keywords: aluminum alloys; electromagnetic stirring; dendrite arm spacing; rosettes; Mg2Si phases; solidification aluminum alloys; electromagnetic stirring; dendrite arm spacing; rosettes; Mg2Si phases; solidification
►▼ Show Figures 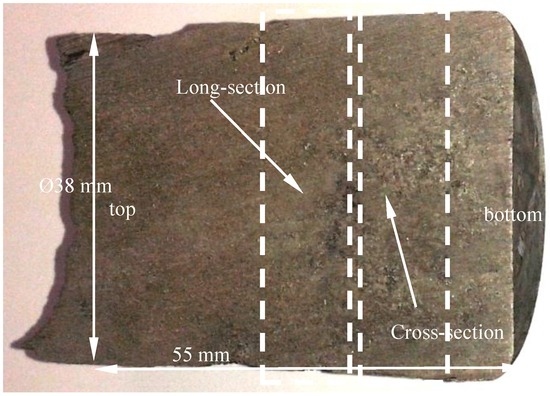