The increase in metabolic syndrome due to obesity has become a global problem, and Japan is no exception [1,2,3]. Nonalcoholic fatty liver disease (NAFLD) covers a spectrum of liver diseases that range from benign simple steatosis to the hepatic inflammation and fibrosis of nonalcoholic steatohepatitis, cirrhosis, and hepatocellular carcinoma. NAFLD is a hepatic manifestation of metabolic syndrome [4,5]. Therefore, the prognosis of NAFLD is affected not only by liver-related diseases such as cirrhosis and hepatocarcinogenesis, but also by all diseases and conditions that have a common background with NAFLD. These diseases and conditions include obesity, insulin resistance, diabetes, and dyslipidemia [6].
According to previous reports, the survival rate of NAFLD was significantly lower than that of the general population. The most common causes of death in NAFLD in the United States are cardiovascular diseases (CVDs) (25%), extrahepatic malignancies (28%), and liver diseases (13%). Factors related to mortality are age, impaired glucose tolerance, and cirrhosis [7,8,9]. Because NAFLD is a liver disease against the background of lifestyle-related diseases, the prognosis for NAFLD is associated not only with the liver effects, but also with the effects of the progression of other lifestyle-related diseases. These diseases include CVD and chronic kidney disease (CKD) that result from visceral obesity, arteriosclerosis, and diabetes. Multiple large epidemiologic studies have shown that NAFLD is an independent risk factor for the development of CVD [10,11,12]. In addition, CVD mortality in NAFLD was higher than in the general population [13]. NAFLD has also been reported to be a risk factor for CKD independent of metabolic syndrome [14,15,16]. Therefore, diagnosis of NAFLD is important. The prevalence of NAFLD in Japan is reported to be 29.7% and it is estimated that 37.4 million people have NAFLD [17].
Imaging examinations including abdominal ultrasonography are generally used for diagnosing NAFLD; however, it is difficult from the viewpoint of medical economy to test the whole population. In addition, with the influence of COVID-19 [18,19], which has recently spread throughout the entire world, abdominal ultrasound can be risky due to the concentrated contact. It has also been reported that NAFLD is a risk factor for severe COVID-19 infection [20]. Therefore, it is currently required to predict the diagnosis of NAFLD by a noncontact procedure rather than ultrasound examination. By previous reports, there are three indexes for predicting NAFLD: the fatty liver index (FLI), Zhejiang University (ZJU) index, and hepatic steatosis index (HSI) [21,22,23]. However, the results of a direct comparison of the diagnostic performance of these indexes remains unclear. Moreover, it is important to confirm whether the diagnostic performance of these indexes is reliable in patients with mortality risks such as liver fibrosis and diabetes [24,25]. The aim of this study was to examine the diagnostic performance of prediction formulas to identify NAFLD in the general population who underwent health checkups in Japan.

This cross-sectional study was conducted with data from 15,785 subjects who received general health checkups in 2009 and 2010 in three Japanese health centers: Eguchi Hospital Health Center in Saga, Kawamura Clinic Health Center in Hiroshima, and Kochi Medical School Hospital in Kochi. This cohort was previously analyzed to identify the prevalence of NAFLD in Japan [17], to identify the reference range for alanine aminotransferase (ALT) level [26], and to investigate the relationship between alcohol intake and NAFLD [27]. The health examination included physical and physiological examinations, abdominal ultrasonography, and blood screening tests. We excluded 5074 subjects with incomplete data and 329 subjects positive for hepatitis B surface antigen or hepatitis C antibody. We also excluded 3455 subjects who were habitual drinkers (male > 30 g/day, female > 20 g/day), who were considered to have alcoholic liver damage. Finally, 6927 subjects were enrolled in this study. All subjects provided written informed consent for the anonymous use of their data in this epidemiological study. The study design was approved by each institutional review board (Saga University, “4 June 2011”; Eguchi Hospital, R1-1 (2019); Hiroshima University, “Eki-241” as Kawamura Clinic Health center; and Kochi University, “23–74”). This study was conducted in accordance with the Declaration of Helsinki.

All subjects underwent abdominal ultrasonography to evaluate for fatty liver. The examination of all visible liver parenchyma was performed with a conventional convex array transducer. Liver parenchyma was examined with sagittal as well as longitudinal guidance of a probe and completed by lateral and intercostals views. The use of tissue harmonic imaging with both transducers was encouraged. The presence of steatosis was recognized as a marked increase in hepatic echogenicity, poor penetration of the posterior segment of the right lobe of the liver, and poor or no visualization of the hepatic vessels and diaphragm. The liver was considered normal if the hepatic parenchyma was homogeneous with no acoustic attenuation, the portal veins were visible, the diaphragm was well visualized, and echogenicity was similar to or slightly higher than that of the renal cortex. The study was performed using a LOGIQ 7 diagnostic imaging system with a 4 MHz convex array transducer (GE Healthcare, Waukesha, WI, USA), at Eguchi Hospital; a ProSound Alpha 10 diagnostic ultrasound system with a 3.5 MHz convex array transducer (Hitachi Aloka Medical, Ltd., Tokyo, Japan) at Kawamura Clinic Health Center; and a Xario ultrasound system, with a 3.5 MHz convex array transducer (Toshiba Medical Systems, Tochigi, Japan), at Kochi Medical School. The examinations were performed by sonographers with at least 5 years of experience, and who were trained by gastroenterologists with more than 5 years of experience. The technical parameters were adjusted for each subject using standard ultrasonography protocols, as previously reported [17,27]. Each certified gastroenterologist independently reviewed the images and evaluated the liver for the presence of steatosis. A semi-quantitative index (e.g., Hamaguchi et al. [33]) was not used for the grading of the severity of steatosis with careful consideration of the error due to the different ultrasonography equipment and examiners.

Differences between the two groups were compared using the Mann–Whitney U-test. The predictive power of the indexes for detecting NAFLD was evaluated using the area under the receiver operating characteristic curves (AUROCs) with 95% confidence intervals (CIs). Comparisons of the AUROC among the indexes were performed using the DeLong test [34]. Sensitivities, specificities, positive predictive values, and negative predictive values were also calculated using the low cut-off value and high cut-off value: 30 and 36 for the HSI [22], 32 and 38 for the ZJU index [21] and 30 and 60 for the FLI [23]. A logistic regression model was used for the multivariate analysis, and all statistical differences were considered significant at p < 0.05. All analyses were performed using JMP Pro 14 (SAS Institute Inc., Cary, NC, USA).

3.1. Characteristics of the Subjects

3.5. Comparison of the ZJU Index and the FLI

3.6. Characteristics of the Subjects with NAFLD Subjects Having a Negative ZJU Index and FLI

In the 2922 subjects showing both a negative ZJU index (<32) and FLI (<30), there were 107 subjects with NAFLD, and their characteristics were compared with 2815 subjects without NAFLD (Table 4). There were significant differences between the two groups in gender, age, BMI, WC, blood pressure, AST, ALT, GGT, FPG, TG, HDL-C, and LDL-C. According to the multivariate analysis, gender (male), BMI (>22 kg/m2), and abdominal circumference (male > 85 cm, female > 90 cm) were independently associated with NAFLD (Table 5).

This study was conducted in accordance with the Declaration of Helsinki. The study design was approved by each institutional review board (Saga University, “4 June 2011”, Eguchi Hopsital, R1-1 (2019); Hiroshima University, “Eki-241” as Kawamura Clinic Health center; and Kochi University, “23–74”).

Informed consent form was obtained from all subjects involved in the study.

The data presented in this study are available on request from the corresponding author. The data are not publicly available due to the Japanese Clinical Trials Act (https://www.mhlw.go.jp/stf/seisakunitsuite/bunya/hokabunya/kenkyujigyou/i-kenkyu/index.html).

The authors thank the medical staff of the study institutions who helped with data collection. This study was supported by Health, Labour and Welfare Sciences Research Grants in Japan (JPMH20HC2007). The authors also thank Tomomi Yada and Shinji Iwane for organizing the dataset and for their excellent advice. We thank Andrea Baird, from Edanz Group (https://en-author-services.edanzgroup.com/ac) for editing a draft of this manuscript. 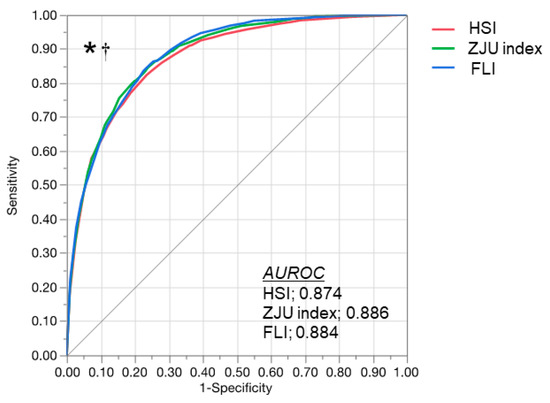 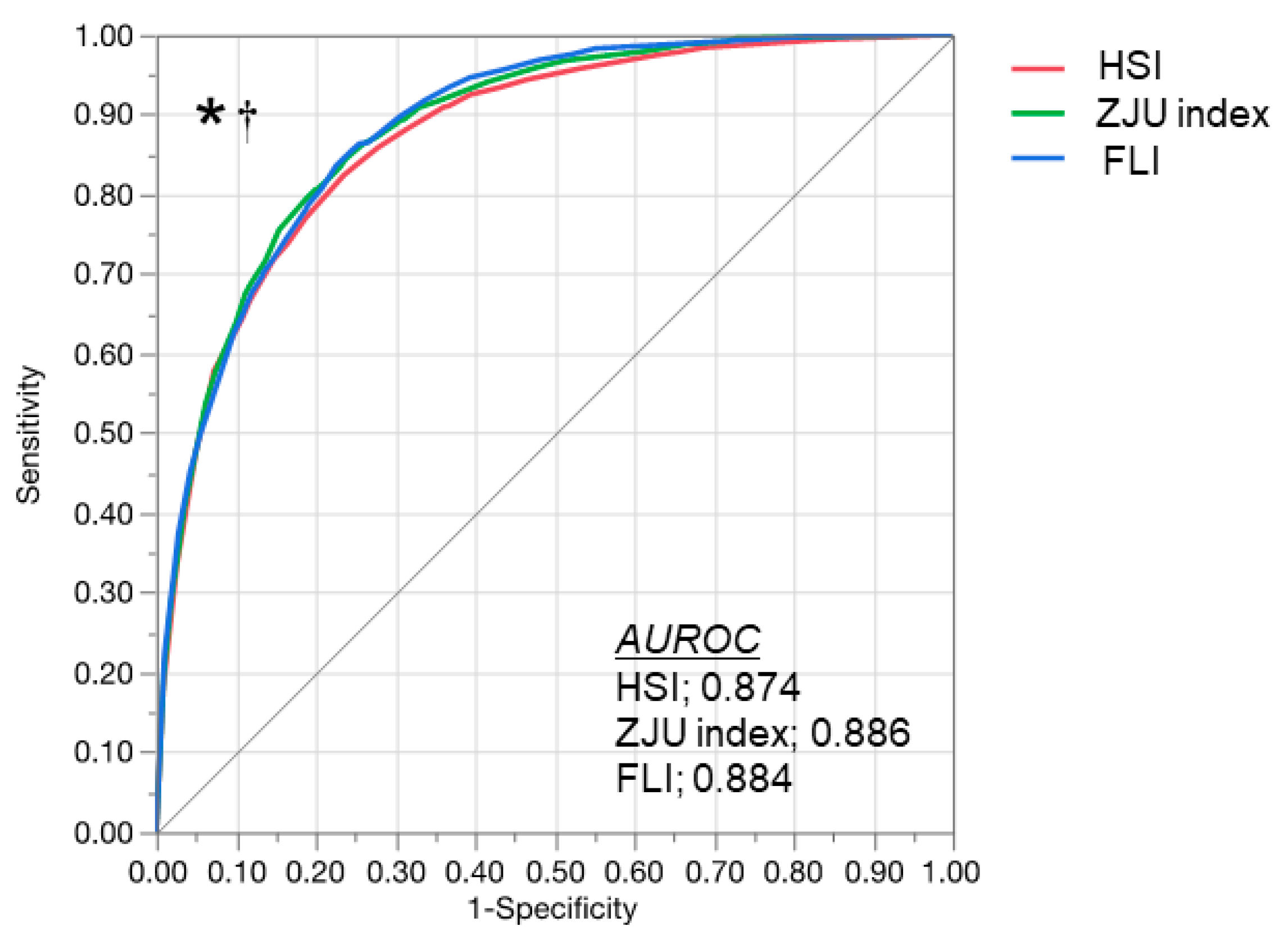 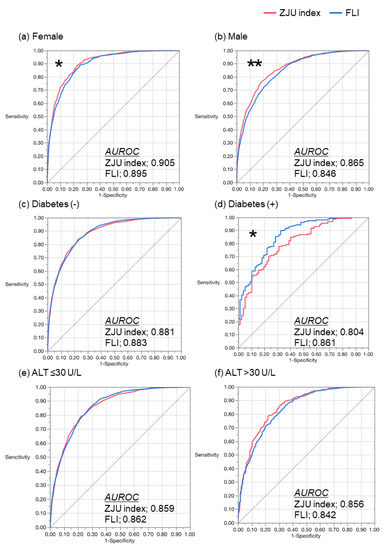