Probing Saltern Brines with an Oxygen Electrode: What Can We Learn about the Community Metabolism in Hypersaline Systems?
Previous Article in Journal

Molecular Asymmetry in Prebiotic Chemistry: An Account from Meteorites

Hans Georg Trüper (1936–2016) and His Contributions to Halophile Research

Prof. Hans Georg Trüper, one of the most important scientists in the field of halophile research, passed away on 9 March 2016 at the age of 79. I here present a brief obituary with special emphasis on Prof. Trüper’s contributions to our understanding of the halophilic prokaryotes and their adaptations to life in hypersaline environments. He has pioneered the study of the halophilic anoxygenic phototrophic sulfur bacteria of the Ectothiorhodospira—Halorhodospira group. Some of the species he and his group isolated from hypersaline and haloalkaline environments have become model organisms for the study of the mechanisms of haloadaptation: the functions of three major organic compounds – glycine betaine, ectoine, and trehalose – known to serve as “compatible solutes” in halophilic members of the Bacteria domain, were discovered during studies of these anoxygenic phototrophs. Prof. Trüper’s studies of hypersaline alkaline environments in Egypt also led to the isolation of the first known extremely halophilic archaeon (Natronomonas pharaonis). The guest editors dedicate this special volume of Life to the memory of Prof. Hans Georg Trüper. View Full-Text
Keywords: Hans Georg Trüper; halophilic; haloalkaliphilic; osmotic adaptation; compatible solutes; Halorhodospira ; Archaea; Natronomonas Hans Georg Trüper; halophilic; haloalkaliphilic; osmotic adaptation; compatible solutes; Halorhodospira ; Archaea; Natronomonas
►▼ Show Figures 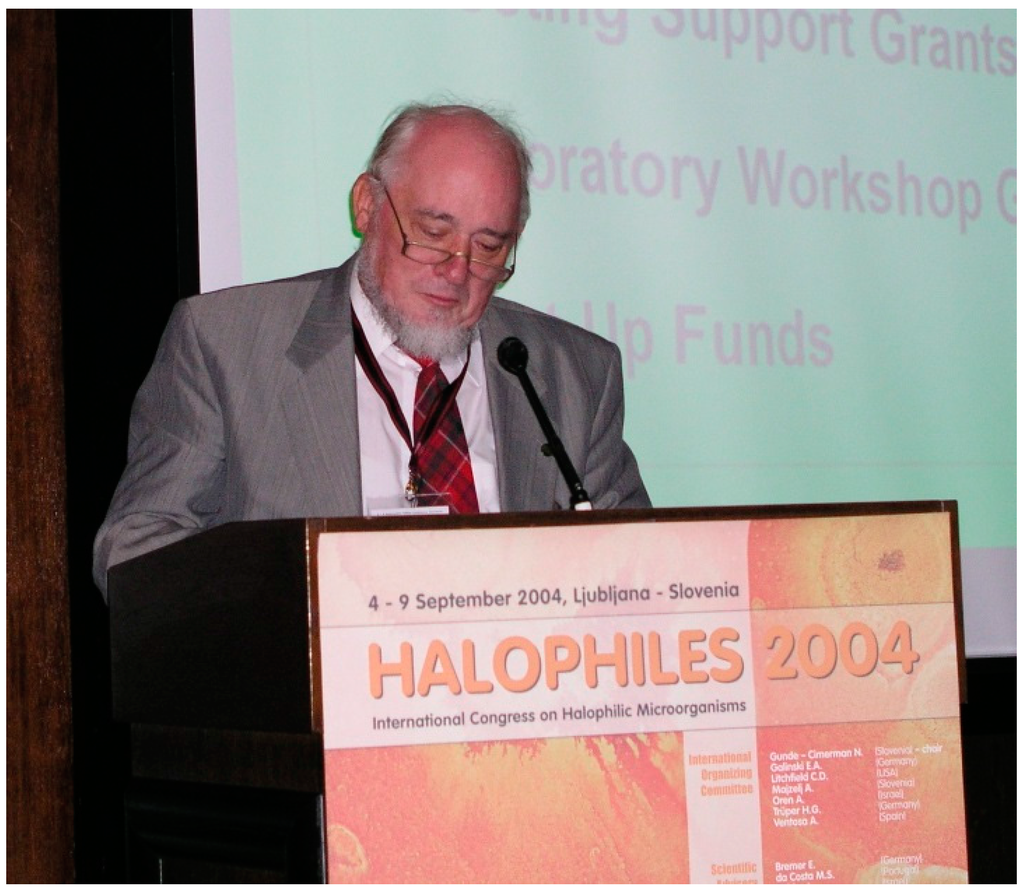