Silent Polymorphisms: Can the tRNA Population Explain Changes in Protein Properties?
Next Article in Special Issue

Pressure as a Limiting Factor for Life
Previous Article in Journal

Titan as the Abode of Life

Titan is the only world we know, other than Earth, that has a liquid on its surface. It also has a thick atmosphere composed of nitrogen and methane with a thick organic haze. There are lakes, rain, and clouds of methane and ethane. Here, we address the question of carbon-based life living in Titan liquids. Photochemically produced organics, particularly acetylene, in Titan’s atmosphere could be a source of biological energy when reacted with atmospheric hydrogen. Light levels on the surface of Titan are more than adequate for photosynthesis, but the biochemical limitations due to the few elements available in the environment may lead only to simple ecosystems that only consume atmospheric nutrients. Life on Titan may make use of the trace metals and other inorganic elements produced by meteorites as they ablate in its atmosphere. It is conceivable that H2O molecules on Titan could be used in a biochemistry that is rooted in hydrogen bonds in a way that metals are used in enzymes by life on Earth. Previous theoretical work has shown possible membrane structures, azotosomes, in Titan liquids, azotosomes, composed of small organic nitrogen compounds, such as acrylonitrile. The search for a plausible information molecule for life in Titan liquids remains an open research topic—polyethers have been considered and shown to be insoluble at Titan temperatures. Possible search strategies for life on Titan include looking for unusual concentrations of certain molecules reflecting biological selection. Homochirality is a special and powerful example of such biology selection. Environmentally, a depletion of hydrogen in the lower atmosphere may be a sign of metabolism. A discovery of life in liquid methane and ethane would be our first compelling indication that the universe is full of diverse and wondrous life forms. View Full-Text
Keywords: Titan; life; methane; second genesis Titan; life; methane; second genesis
►▼ Show Figures 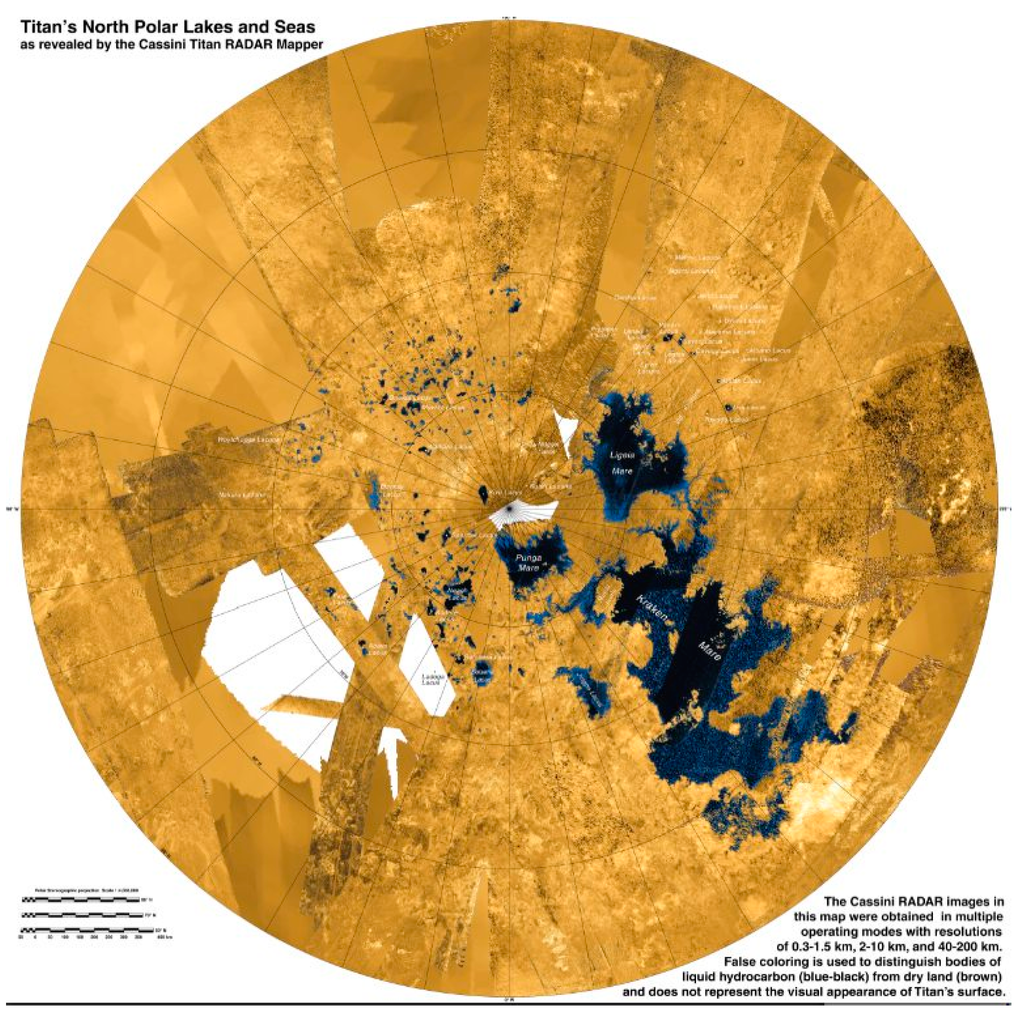