Titan as the Abode of Life
Next Article in Special Issue

A novel algorithm and original software were used to cluster all proteins encoded in plastids of 72 species of the rhodophytic branch. The results are publicly available at http://lab6.iitp.ru/ppc/redline72/ in a database that allows fast identification of clusters (protein families) both by a fragment of an amino acid sequence and by a phylogenetic profile of a protein. No such integral clustering with the corresponding functions can be found in the public domain. The putative regulons of the transcription factors Ycf28 and Ycf29 encoded in the plastids were identified using the clustering and the database. A regulation of translation initiation was proposed for the ycf24 gene in plastids of certain red algae and apicomplexans as well as a regulation of a putative gene in apicoplasts of Babesia spp. and Theileria parva. The conserved regulation of the ycf24 gene expression and specificity alternation of the transcription factor Ycf28 were shown in the plastids. A phylogenetic tree of plastids was generated for the rhodophytic branch. The hypothesis of the origin of apicoplasts from the common ancestor of all apicomplexans from plastids of red algae was confirmed. View Full-Text
Keywords: plastid; protein; transcription factor; translation initiation; clustering plastid; protein; transcription factor; translation initiation; clustering
►▼ Show Figures 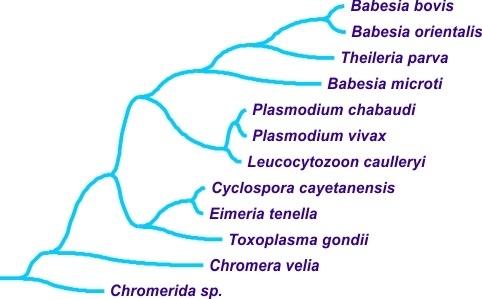