Vibrating flip-flow screens (VFFS) are widely used to separate high-viscosity and fine materials. The most remarkable characteristic is that the vibration intensity of the screen frame is only 2–3 g (g represents the gravitational acceleration), while the vibration intensity of the screen surface can reach 30–50 g. This effectively solves the problem of the blocking screen aperture in the screening process of moist particles. In this paper, the approximate state of motion of the sieve mat is realized by setting the discrete rigid motion at multiple points on the elastic sieve mat of the VFFS. The effects of surface energy levels between particles separated via screening performance were compared and analyzed. The results show that the flow characteristics of particles have a great influence on the separation performance. For 8 mm particle screening, the particle’s velocity dominates its movement and screening behavior in the range of 0–8 J/m2 surface energy. In the feeding end region (Sections 1 and 2), with the increase in the surface energy, the particle’s velocity decreases, and the contact time between the particles and the screen surface increases, and so the passage increases. When the surface energy level continues to increase, the particles agglomerate together due to the effect of the cohesive force, and the effect of the particle’s agglomeration is greater than the particle velocity. Due to the agglomeration of particles, the difficulty of particles passing through the screen increases, and the yields of various size fractions in the feeding end decrease to some extent. In the transporting process, the agglomerated particles need to travel a certain distance before depolymerization, and the stronger the adhesive force between particles, the larger the depolymerization distance. Therefore, for the case of higher surface energy, the screening percentage near the discharging end (Sections 3 and 4) is greater. The above research is helpful to better understand and optimize the screening process of VFFS. View Full-Text
Keywords: vibrating flip-flow screen; DEM; wet stick material; JKR model; separation performance vibrating flip-flow screen; DEM; wet stick material; JKR model; separation performance
►▼ Show Figures 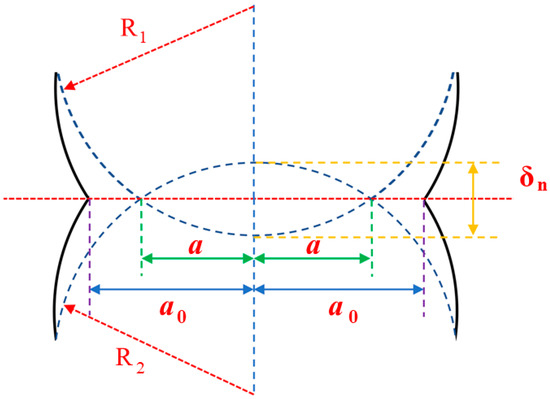