Land Use Dynamics of Drove Roads: The Case of Tratturo Castel di Sangro-Lucera (Molise, Italy)
Next Article in Special Issue

Land Use as a Motivation for Railway Trespassing: Experience from the Czech Republic

Land Use and Land Cover Changes and Their Effects on the Landscape of Abaya-Chamo Basin, Southern Ethiopia

This study uses a combination of remote sensing data, field interviews and observations, and landscape indices to examine the dynamics of land use and land cover (LULC), identify their driving forces, and analyze their effects on the landscape of Abaya-Chamo Basin (ACB) between 1985, 1995, and 2010. The results reveal that the landscape of ACB has changed considerably during the past 25 years between 1985 and 2010. The main changes observed imply a rapid reduction in shrubland (28.82%) and natural grassland (33.13%), and an increase in arable land (59.15%). The basin has become more fragmented and formed less connected patches in 2010 compared to 1985. Rapid population growth, internal migration, policy shifts, and regime change were identified as the key driving forces of LULC changes in ACB. The LULC changes and related trend of increasing landscape fragmentation in the basin increased soil erosion, the volume of surface runoff, and sediment transport in the landscape and, consequently, affected the levels and water quality of the lakes found in the rift floor. Furthermore, the destruction and fragmentation of shrubland and natural grassland led to the decline of wild plants and animals previously prominent in the basin. Therefore, protective measures that take into consideration the economic, social, and ecological dynamics of the basin are urgently needed to save the aquatic and terrestrial ecosystems of the basin from further damage. View Full-Text
Keywords: land use/land cover changes; Abaya-Chamo Basin; land management; landscape change; remote sensing land use/land cover changes; Abaya-Chamo Basin; land management; landscape change; remote sensing
►▼ Show Figures 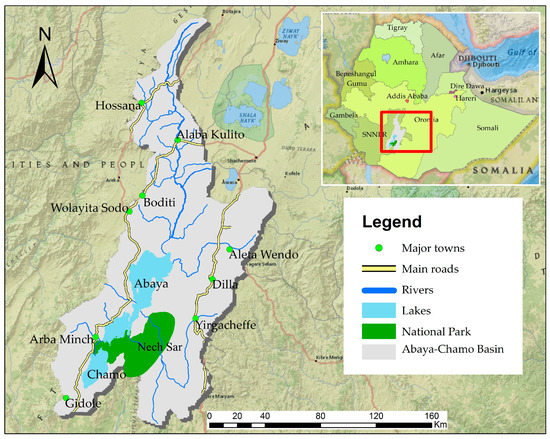 WoldeYohannes, A.; Cotter, M.; Kelboro, G.; Dessalegn, W. Land Use and Land Cover Changes and Their Effects on the Landscape of Abaya-Chamo Basin, Southern Ethiopia. Land 2018, 7, 2.


WoldeYohannes A, Cotter M, Kelboro G, Dessalegn W. Land Use and Land Cover Changes and Their Effects on the Landscape of Abaya-Chamo Basin, Southern Ethiopia. Land. 2018; 7(1):2.