The Spatiotemporal Non-Stationary Effect of Industrial Agglomeration on Urban Land Use Efficiency: A Case Study of Yangtze River Delta, China
Next Article in Special Issue

The interaction between humans and nature dramatically reveals the role of sudden and destructive events in the progressive and never-ending trend of depletion of the territorial dimension of the Belìce Valley (Valle del Belìce, Sicily, Italy). If on the one hand a tragic event, such as the earthquake of 1968, that destroyed towns and villages in the Belìce Valley, represented a moment of pain and suffering for local communities and their territories, on the other, more than 50 years after the event, we are able to shed light on the reaction to the earthquake effects through an in-depth analysis of the heritage of the physical and immaterial rubble. Our research is aimed at framing, through special geovisual tools, the paths of this rebuilding process and to verify whether the “new” interaction of humans and nature has reached an acceptable balance. After introducing the concept of landscape and investigating some local manifestations within the Belìce Valley, we tackle the technical question of re-photography as a powerful and quick method for observing the territorial changes that occurred after the earthquake. This approach is based on the collection of historical photographs and, subsequently, onsite activities for the creation of a contemporary archive of images. The method used for comparing the images was that of re-photographic overlapping, a useful technique to compare different moments of the history of a landscape and to analyze the effectiveness of the process of rebuilding. Finally, this analysis introduces us to a new perspective where in our opinion, it is possible to frame some features of the Belìce Valley and some more general aspects that are useful for other territories hit by destructive events and having to face choices related to the future of their communities. View Full-Text
Keywords: repeat photography; re-photography; territory; landscape; visual geography; earthquake repeat photography; re-photography; territory; landscape; visual geography; earthquake
►▼ Show Figures 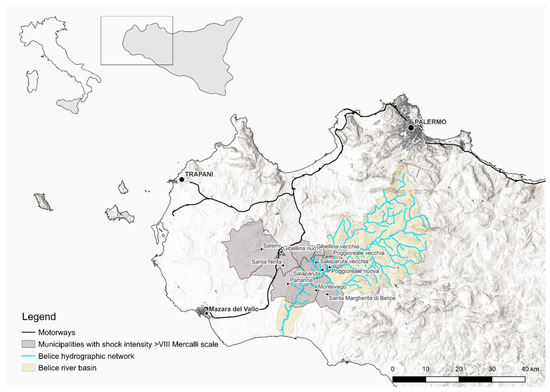