Knowledge Management and Operational Capacity in Water Utilities, a Balance between Human Resources and Digital Maturity—The Case of AGS
Previous Article in Journal

Phytoplankton and bacterioplankton play a vital role in the structure and function of aquatic ecosystems, and their activity is closely linked to water eutrophication. However, few researchers have considered the temporal and spatial succession of phytoplankton and bacterioplankton, and their responses to environmental factors. The temporal and spatial succession of bacterioplankton and their ecological interaction with phytoplankton and water quality were analyzed using 16S rDNA high-throughput sequencing for their identification, and the functions of bacterioplankton were predicted. The results showed that the dominant classes of bacterioplankton in the Qingcaosha Reservoir were Gammaproteobacteria, Alphaproteobacteria, Actinomycetes, Acidimicrobiia, and Cyanobacteria. In addition, the Shannon diversity indexes were compared, and the results showed significant temporal differences based on monthly averaged value, although no significant spatial difference. The community structure was found to be mainly influenced by phytoplankton density and biomass, dissolved oxygen, and electrical conductivity. The presence of Pseudomonas and Legionella was positively correlated with that of Pseudanabaena sp., and Sphingomonas and Paragonimus with Melosira granulata. On the contrary, the presence of Planctomycetes was negatively correlated with Melosira granulata, as was Deinococcus-Thermus with Cyclotella sp. The relative abundance of denitrifying bacteria decreased from April to December, while the abundance of nitrogen-fixing bacteria increased. This study provides a scientific basis for understanding the ecological interactions between bacteria, algae, and water quality in reservoir ecosystems. View Full-Text
Keywords: Qingcaosha Reservoir; physical and chemical factors; phytoplankton; bacterioplankton correlation Qingcaosha Reservoir; physical and chemical factors; phytoplankton; bacterioplankton correlation
►▼ Show Figures 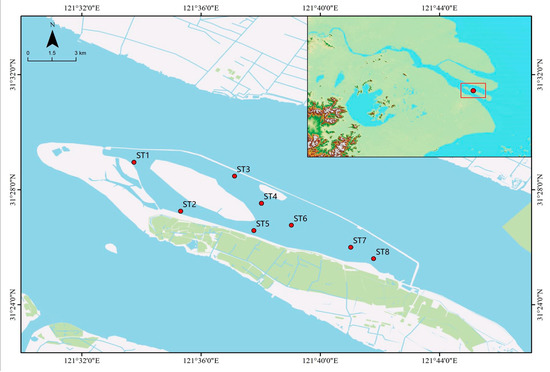