Occurrence, Distribution, and Risk Assessment of Antibiotics in a Subtropical River-Reservoir System 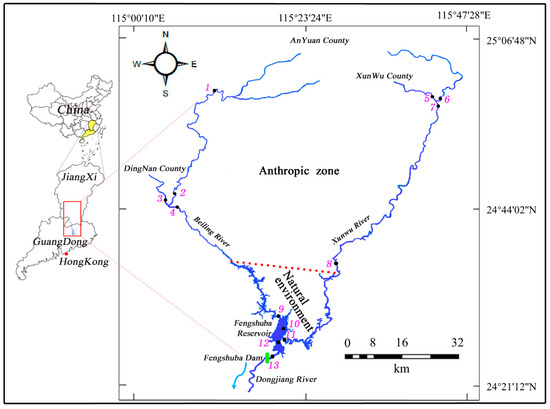