This paper refers to complex granular-fluid mixtures involved into geophysical flows, such as debris and hyper-concentrated flows. For such phenomena, the interstitial fluids play a role when they are in the viscous regime. Referring to experiments on granular-fluid mixture carried out with pressure imposed annular shear cell, we study the rheological behaviour of dense mixture involving both spheres and irregular-shaped particles. For the case of viscous suspensions with irregular grains, a significant scatter of data from the trend observed for mixtures with spherical particles was evident. In effect, the shape of the particles likely plays a fundamental role in the flow dynamics, and the constitutive laws proposed by the frictional theory for the spheres are no longer valid. Starting from the frictional approach successfully applied to suspension of spheres, we demonstrate that also in case of irregular particles the mixture rheology may be fully characterized by the two relationships involving friction coefficient µ and volume concentration Ф as a function of the dimensionless viscous number Iv. To this goal, we provided a new consistent general model, referring to the volume fraction law and friction law, which accounts for the particle shape. In this way, the fitting parameters reduce just to the static friction angle µ1, and the two parameters, k and fs related to the grain shape. The resulting general model may apply to steady fully developed flows of saturated granular fluid mixture in the viscous regime, no matter of granular characteristics. View Full-Text
Keywords: rheology of debris flow; macro-viscous regime; irregular grains rheology of debris flow; macro-viscous regime; irregular grains
►▼ Show Figures 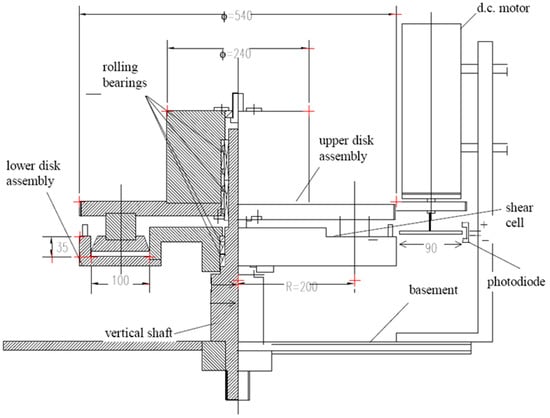