Cyclists might experience increased air pollution exposure, due to the proximity to traffic, and higher intake, due to their active travel mode and higher ventilation. Several local factors, like meteorology, road and traffic features, and bike lanes features, affect cyclists’ exposure to traffic-related pollutants. This paper investigates the concentration levels and the effect of the features of the bike lanes on cyclists’ exposure to airborne ultrafine particulate matter (UFP) and black carbon (BC) in the mid-sized city of Piacenza, located in the middle of the Po Valley, Northern Italy. Monitoring campaigns were performed by means of portable instruments along different urban bike routes with bike lanes, characterized by different distances from the traffic source (on-road cycle lane, separated cycle lane, green cycle path), during morning (9:00 am–10:00 am) and evening (17:30 pm–18:30 pm) workday rush hours in both cold and warm seasons. The proximity to traffic significantly affected cyclists’ exposure to UFP and BC: exposure concentrations measured for the separated lane and for the green path were 1–2 times and 2–4 times lower than for the on-road lane. Concurrent measurements showed that exposure concentrations to PM10, PM2.5, and PM1 were not influenced by traffic proximity, without any significant variation between on-road cycle lane, separated lane, or green cycle path. Thus, for the location of this study PM mass-based metrics were not able to capture local scale concentration gradients in the urban area as a consequence of the rather high urban and regional background that hides the contribution of local scale sources, such as road traffic. The impact of route choice on cyclists’ exposure to UFPs and BC during commuting trips back and forth from a residential area to the train station has been also estimated through a probabilistic approach through an iterative Monte Carlo technique, based on the measured data. Compared to the best choice, a worst-route choice can result in an increased cumulative exposure up to about 50% for UFPs, without any relevant difference between cold and warm season, and from 20% in the cold season up to 90% in the warm season for equivalent black carbon concentration (EBC). View Full-Text
Keywords: cyclists’ exposure; black carbon; ultrafine particles; urban air quality; mobile monitoring cyclists’ exposure; black carbon; ultrafine particles; urban air quality; mobile monitoring
►▼ Show Figures 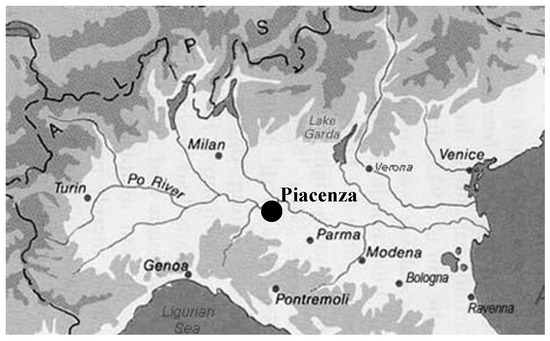