Seeding rates of hybrid wheat varieties are typically much lower than conventional varieties due to their higher seed costs, which could potentially delay canopy development leading to greater weed pressures. To test whether hybrid wheat crops are more affected by weed pressure than conventional cultivars, a conventional variety (“Illico”) and a hybrid (“Hystar”), were compared in a three-year (2012–2016) field study at two sites in Northern Italy. Weed infestation was mainly characterized by weeds with an early growth pattern, and in only a few seasons did the hybrid crops show a higher weed density than the conventional cultivar. Despite the lower sowing rate, hybrids were able to achieve a similar crop density to the conventional cultivar even in years of delayed sowing or dry weather conditions. Normalized Difference Vegetation Index values were generally similar between cultivars across the years, regardless of the presence of weeds, except during the springtime. Occasionally, the test weight was significantly higher in weeded plots than un-weeded plots. Overall, the two cultivars showed similar yields within the same year. These results indicate that on fields with a low weed burden, and where these weeds emerge early, cultivars may not be significantly affected by productivity losses. View Full-Text
Keywords: hybrids; wheat; weeds; competition hybrids; wheat; weeds; competition
►▼ Show Figures 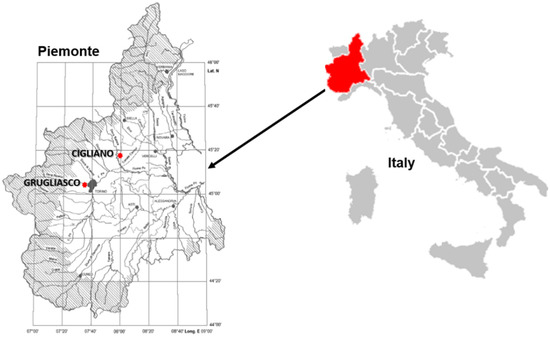