Molecular Genetic Diversity and Population Structure of Ginseng Germplasm in RDA-Genebank: Implications for Breeding and Conservation 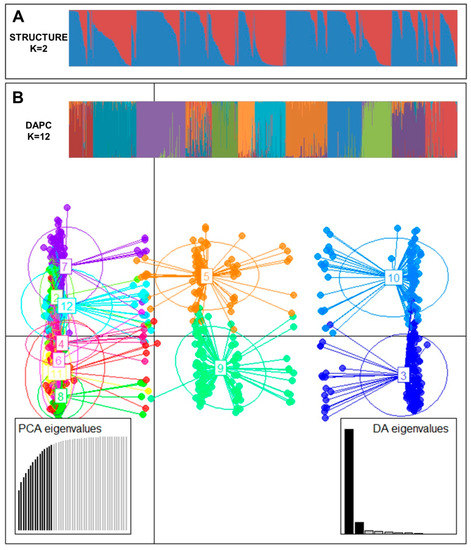