The Electric and Dielectric Properties of SrF2:Tb3+ Nanocrystals Revealed by AC Impedance Spectroscopy

Pressurizing Xe or Kr noble gas into the protein crystal for de novo phasing has been one method of choice when the introduction of other heavy-atom compounds fails. One reason is because, unlike other heavy-atom compounds, their immobilized sites are mostly hydrophobic cavities. Previously, the structure of frog ependymin-related protein (EPDR) has been determined using a single wavelength anomalous diffraction (SAD) on a Xe-pressurized crystal. Since no report on the four Xe binding sites has been made, these sites are analyzed in this study. Of the four Xe atoms, three are found along the hydrophobic interfaces created by the two crystallographic symmetry mates of EPDR. One final Xe atom occupies a Ca2+-binding site of the native protein entirely stabilized by the polar atoms of the surrounding EDPR residues. We believe that this atypical Xe location is very unique and merits further study. View Full-Text
Keywords: xenon; De novo phasing; ependymin; EPDR; protein structure; X-ray structure xenon; De novo phasing; ependymin; EPDR; protein structure; X-ray structure
►▼ Show Figures 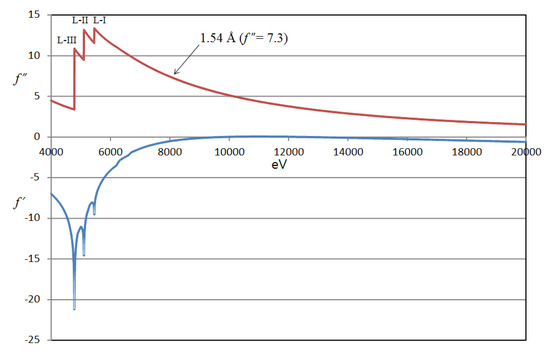