The MET oncogene encodes a tyrosine kinase receptor involved in the control of a complex network of biological responses that include protection from apoptosis and stimulation of cell growth during embryogenesis, tissue regeneration, and cancer progression. We previously developed an antagonist antibody (DN30) inducing the physical removal of the receptor from the cell surface and resulting in suppression of the biological responses to MET. In its bivalent form, the antibody displayed a residual agonist activity, due to dimerization of the lingering receptors, and partial activation of the downstream signaling cascade. The balance between the two opposing activities is variable in different biological systems and is hardly predictable. In this study, we generated and characterized two single-chain antibody fragments derived from DN30, sharing the same variable regions but including linkers different in length and composition. The two engineered molecules bind MET with high affinity but induce different biological responses. One behaves as a MET-antagonist, promoting programmed cell death in MET “addicted” cancer cells. The other acts as a hepatocyte growth factor (HGF)-mimetic, protecting normal cells from doxorubicin-induced apoptosis. Thus, by engineering the same receptor antibody, it is possible to generate molecules enhancing or inhibiting apoptosis either to kill cancer cells or to protect healthy tissues from the injuries of chemotherapy. View Full-Text
Keywords: MET oncogene; antibodies; apoptosis; MET targeted therapy MET oncogene; antibodies; apoptosis; MET targeted therapy
►▼ Show Figures 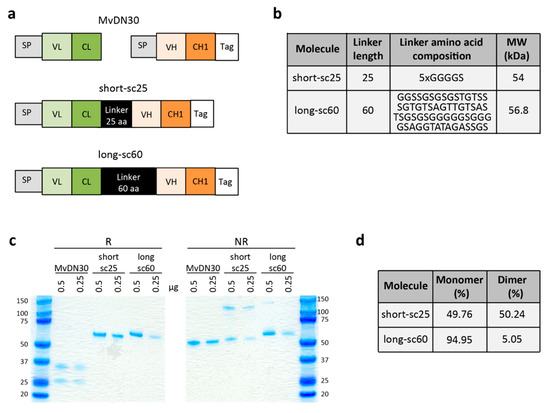