The Challenge of Food Systems Research: What Difference Does It Make?
Previous Article in Special Issue

Business as usual or transformative change? While the global agro-industrial food system is credited with increasing food production, availability and accessibility, it is also credited with giving birth to ‘new’ challenges such as malnutrition, biodiversity loss, and environmental degradation. We reviewed the potential of underutilized indigenous and traditional crops to bring about a transformative change to South Africa’s food system. South Africa has a dichotomous food system, characterized by a distinct, dominant agro-industrial, and, alternative, informal food system. This dichotomous food system has inadvertently undermined the development of smallholder producers. While the dominant agro-industrial food system has led to improvements in food supply, it has also resulted in significant trade-offs with agro-biodiversity, dietary diversity, environmental sustainability, and socio-economic stability, especially amongst the rural poor. This challenges South Africa’s ability to deliver on sustainable and healthy food systems under environmental change. The review proposes a transdisciplinary approach to mainstreaming underutilized indigenous and traditional crops into the food system, which offers real opportunities for developing a sustainable and healthy food system, while, at the same time, achieving societal goals such as employment creation, wellbeing, and environmental sustainability. This process can be initiated by researchers translating existing evidence for informing policy-makers. Similarly, policy-makers need to acknowledge the divergence in the existing policies, and bring about policy convergence in pursuit of a food system which includes smallholder famers, and where underutilized indigenous and traditional crops are mainstreamed into the South African food system. View Full-Text
Keywords: agro-ecology biodiversity; climate resilience; health agro-ecology biodiversity; climate resilience; health
►▼ Show Figures 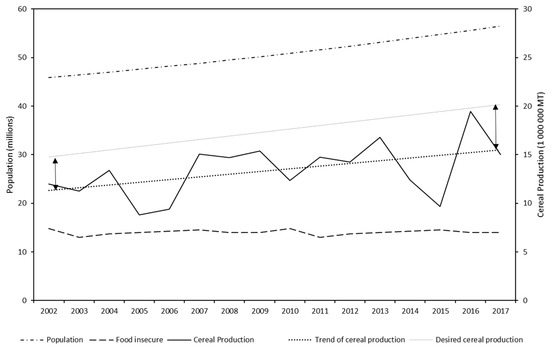