Enhancement in Productivity, Nutrients Use Efficiency, and Economics of Rice-Wheat Cropping Systems in India through Farmer’s Participatory Approach
Previous Article in Journal

This article deals with the issue of waste collection from yachts and tall ships that is important from the perspective of sustainable tourism. There are, of course, procedures that regulate the passing of waste by vessels, which also apply to tourist vessels. However, the authors made an attempt to analyze the process of waste collection carried out under non-standard conditions, i.e., during a mass event held at the port of the Tall Ships Races final, which took place in 2017 in Szczecin. Many yachts and tall ships participated in the event, and in addition, due to the multiplicity of attractions, the event area was very popular among tourists and visitors (over one and a half million people in three days). Due to the safety of the participants, and the need to maintain high aesthetic standards, the procedures for collecting waste from vessels had to be modified. In addition to the preparation of a flowchart on which the existing procedural modifications were presented, based on the source data received from the waste collection company, quantitative and structural analyses of the waste were carried out. The conducted research showed that the waste collection required the coordination of the activities of many entities. This article also draws attention to operational problems that occurred during waste collection from vessels during the Tall Ships Races final. Statistical analysis allowed for the determination of the days where the vessels disposed the most solid and liquid waste, and how the structure of the amount of collected waste was shaped. The Tall Ships Races is the most popular and the biggest event of this type in the world—gathering the largest number of tall ships. They are carried out annually, and their route leads through various ports; however, the regatta final is the culminating point that attracts the largest number of tourists. For this reason, many cities are trying to become its organizers. In 2018, the finals took place in the Dutch port of Harlingen, and in 2019, the Danish port of Aarhus will be responsible for its organization. Two years later, in 2021, the Tall Ships Races regatta final will be hosted by Szczecin again. The results of the research conducted in this article may be helpful for appropriate preparation by subsequent ports for waste collection, which may contribute to the safety of the participants taking part in the event. View Full-Text
Keywords: sustainable tourism; water tourism; waste management; The Tall Ship Races; statistical analysis sustainable tourism; water tourism; waste management; The Tall Ship Races; statistical analysis
►▼ Show Figures 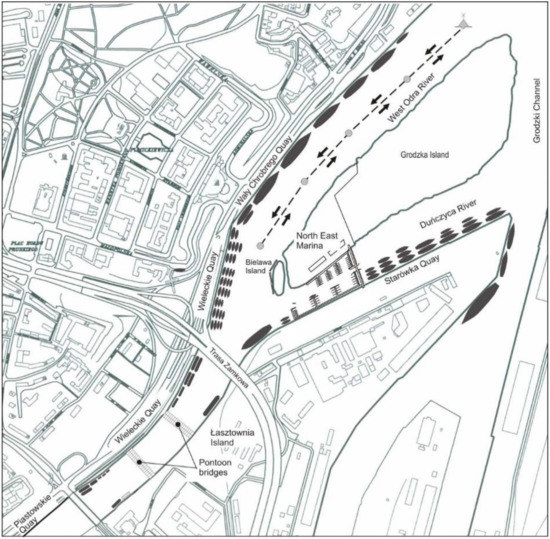