Optimizing the Design of a Vertical Ground Heat Exchanger: Measurement of the Thermal Properties of Bentonite-Based Grout and Numerical Analysis

We prepared bentonite-based grouts for use in the construction of vertical ground heat exchangers (GHEs) using various proportions of silica sand as an additive, and measured the thermal conductivity (TC) and specific heat capacity (SHC) of the grouts under saturated conditions. Furthermore, we performed numerical simulations using the measured thermal properties to investigate the effects of grout-SHCs, the length of the high-density polyethylene (HDPE) pipe, the velocity of the working fluid, and the operation time and off-time during intermittent operation on performance. Experimentally, the grout TCs and SHCs were in the ranges 0.728–1.127 W/(mK) and 2519–3743 J/(kgK), respectively. As the proportions of bentonite and silica sand increased, the TC rose and the SHC fell. Simulation showed that, during intermittent operation, not only a high grout TC but also a high SHC improved GHE performance. Also, during both continuous and intermittent operation, GHE performance improved as the working fluid velocity increased, and there was a critical working fluid velocity that greatly affected the performance of the vertical GHE, regardless of operation mode, high-density polyethylene (HDPE) pipe length, or grout thermal properties; this value was 0.3 m/s. Finally, during intermittent operation, depending on the operation time and off-time, critical periods were evident when the ground temperature had been almost completely restored and any beneficial effect of intermittent operation had almost disappeared. View Full-Text
Keywords: vertical ground heat exchangers; thermal properties; numerical analysis vertical ground heat exchangers; thermal properties; numerical analysis
►▼ Show Figures 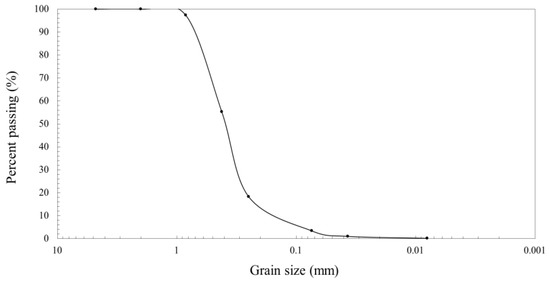