Non-small-cell lung cancer (NSCLC) is the most common form of lung cancer, which is a leading cause of cancer-related deaths worldwide. Berberine is an isoquinoline alkaloid that is commercially available for use as a supplement for the treatment of diabetes and cardiovascular diseases. However, the therapeutic benefits of berberine are limited by its extremely low bioavailability and toxicity at higher doses. Increasing evidence suggests that the incorporation of drug compounds in liquid crystal nanoparticles provides a new platform for the safe, effective, stable, and controlled delivery of the drug molecules. This study aimed to formulate an optimized formulation of berberine–phytantriol-loaded liquid crystalline nanoparticles (BP-LCNs) and to investigate the in vitro anti-cancer activity in a human lung adenocarcinoma A549 cell line. The BP-LCN formulation possessing optimal characteristics that was used in this study had a favorable particle size and entrapment efficiency rate (75.31%) and a superior drug release profile. The potential mechanism of action of the formulation was determined by measuring the mRNA levels of the tumor-associated genes PTEN, P53, and KRT18 and the protein expression levels with a human oncology protein array. BP-LCNs decreased the proliferation, migration, and colony-forming activity of A549 cells in a dose-dependent manner by upregulating the mRNA expression of PTEN and P53 and downregulating the mRNA expression of KRT18. Similarly, BP-LCNs also decreased the expression of proteins related to cancer cell proliferation and migration. This study highlights the utility of phytantriol-based LCNs in incorporating drug molecules with low GI absorption and bioavailability to increase their pharmacological effectiveness and potency in NSCLC. View Full-Text
Keywords: berberine; liquid crystalline nanoparticles; non-small-cell lung cancer; human lung adenocarcinoma A549 cell; proliferation; migration; mRNA expression; protein expression berberine; liquid crystalline nanoparticles; non-small-cell lung cancer; human lung adenocarcinoma A549 cell; proliferation; migration; mRNA expression; protein expression
►▼ Show Figures 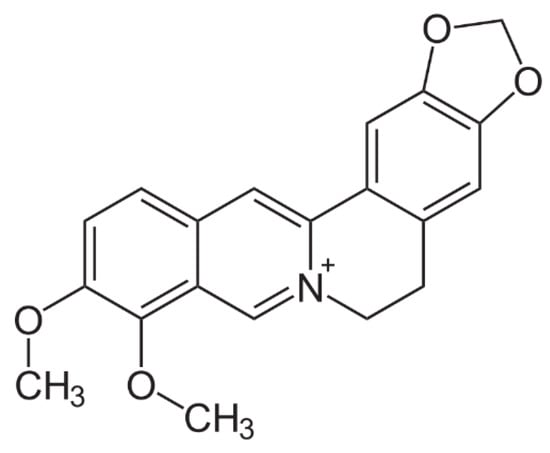