Germin-like proteins (GLPs) are encoded by a family of genes found in all plants, and in terms of function, the GLPs are implicated in the response of plants to biotic and abiotic stresses. CchGLP is a gene encoding a GLP identified in a geminivirus-resistant Capsicum chinense Jacq accession named BG-3821, and it is important in geminivirus resistance when transferred to susceptible tobacco in transgenic experiments. To characterize the role of this GLP in geminivirus resistance in the original accession from which this gene was identified, this work aimed at demonstrating the possible role of CchGLP in resistance to geminiviruses in Capsicum chinense Jacq. BG-3821. Virus-induced gene silencing studies using a geminiviral vector based in PHYVV component A, displaying that silencing of CchGLP in accession BG-3821, increased susceptibility to geminivirus single and mixed infections. These results suggested that CchGLP is an important factor for geminivirus resistance in C. chinense BG-3821 accession. View Full-Text
Keywords: VIGS; plant-virus interaction; resistance; Mn-SOD; transient expression; Germin-like proteins; J0101 VIGS; plant-virus interaction; resistance; Mn-SOD; transient expression; Germin-like proteins; J0101
►▼ Show Figures 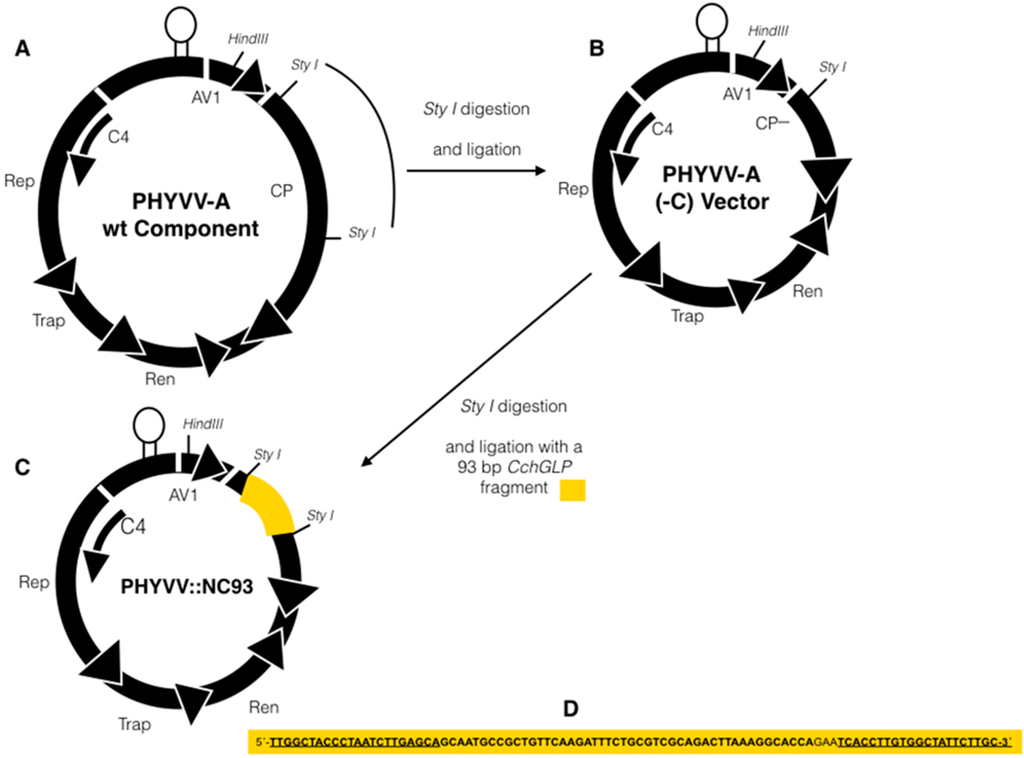