Various viruses have been studied and developed for oncolytic virotherapies. In virotherapy, a relatively small amount of viruses used in an intratumoral injection preferentially replicate in and lyse cancer cells, leading to the release of amplified viral particles that spread the infection to the surrounding tumor cells and reduce the tumor mass. Adenoviruses (Ads) are most commonly used for oncolytic virotherapy due to their infection efficacy, high titer production, safety, easy genetic modification, and well-studied replication characteristics. Ads with deletion of E1b55K preferentially replicate in and destroy cancer cells and have been used in multiple clinical trials. H101, one of the E1b55K-deleted Ads, has been used for the treatment of late-stage cancers as the first approved virotherapy agent. However, the mechanism of selective replication of E1b-deleted Ads in cancer cells is still not well characterized. This review will focus on three potential molecular mechanisms of oncolytic replication of E1b55K-deleted Ads. These mechanisms are based upon the functions of the viral E1B55K protein that are associated with p53 inhibition, late viralmRNAexport, and cell cycle disruption. View Full-Text
Keywords: adenovirus; virotherapy; E1B; cell cycle; cancer selectivity; cyclin E adenovirus; virotherapy; E1B; cell cycle; cancer selectivity; cyclin E
►▼ Show Figures 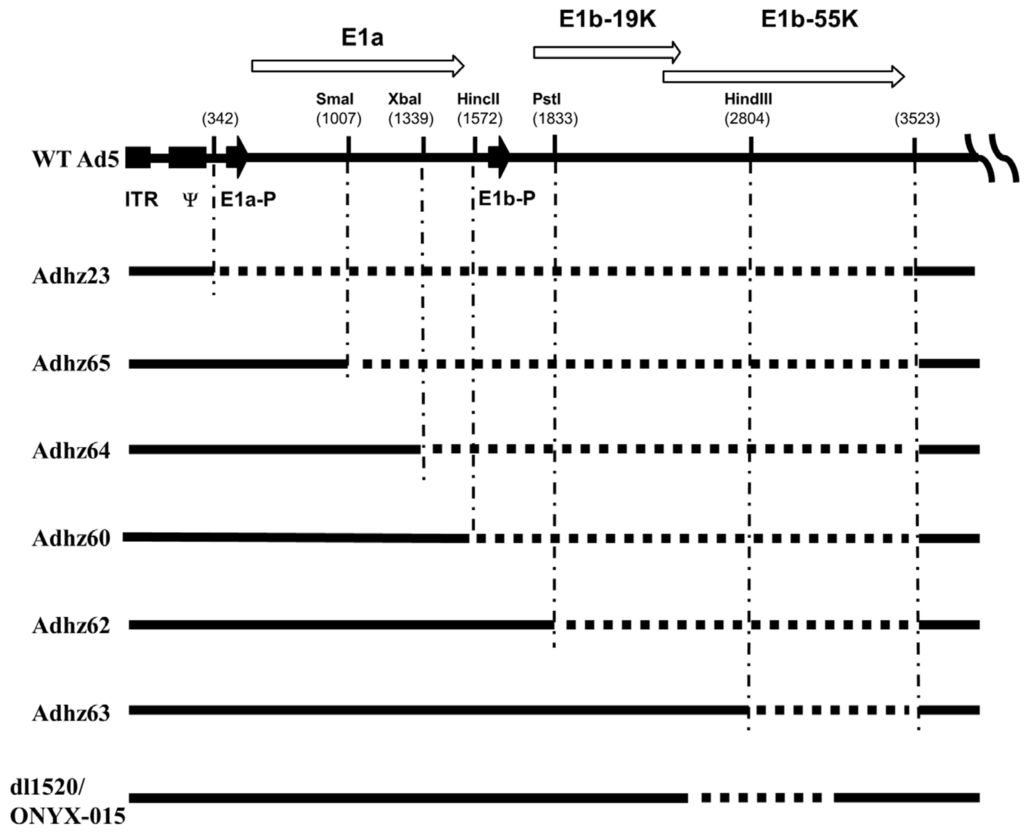