Options and Obstacles for Designing a Universal Influenza Vaccine

Yo Han Jang 1 and

Since the discovery of antibodies specific to a highly conserved stalk region of the influenza virus hemagglutinin (HA), eliciting such antibodies has been considered the key to developing a universal influenza vaccine that confers broad-spectrum protection against various influenza subtypes. To achieve this goal, a prime/boost immunization strategy has been heralded to redirect host immune responses from the variable globular head domain to the conserved stalk domain of HA. While this approach has been successful in eliciting cross-reactive antibodies against the HA stalk domain, protective efficacy remains relatively poor due to the low immunogenicity of the domain, and the cross-reactivity was only within the same group, rather than among different groups. Additionally, concerns are raised on the possibility of vaccine-associated enhancement of viral infection and whether multiple boost immunization protocols would be considered practical from a clinical standpoint. Live attenuated vaccine hitherto remains unexplored, but is expected to serve as an alternative approach, considering its superior cross-reactivity. This review summarizes recent advancements in the HA stalk-based universal influenza vaccines, discusses the pros and cons of these approaches with respect to the potentially beneficial and harmful effects of neutralizing and non-neutralizing antibodies, and suggests future guidelines towards the design of a truly protective universal influenza vaccine. View Full-Text
Keywords: influenza virus; universal vaccine; hemagglutinin; live vaccine; cross-protection influenza virus; universal vaccine; hemagglutinin; live vaccine; cross-protection
►▼ Show Figures 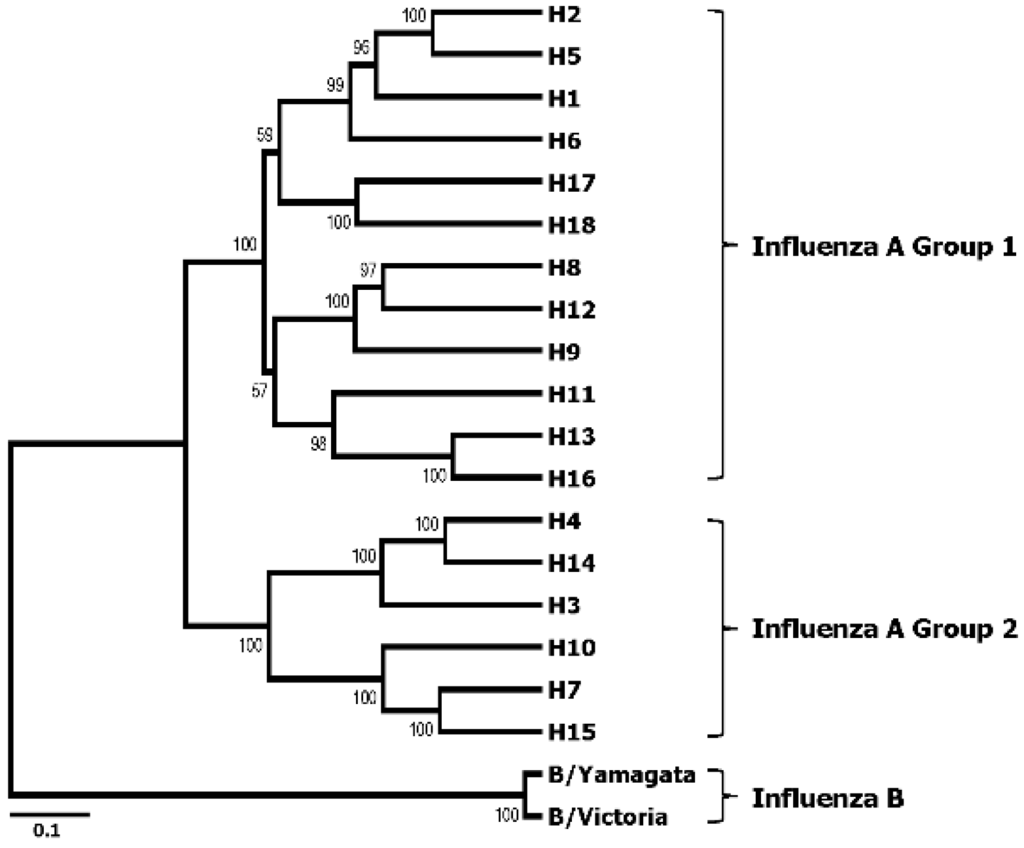