The sequence polymorphism and population structure of Tomato chlorotic dwarf viroid (TCDVd) (isolate Trust) and Potato tuber spindle viroid (PSTVd) (isolate FN) in tomato plants were investigated. Of the 9 and 35 TCDVd clones sequenced from 2 different TCDVd-infected plants, 2 and 4 sequence variants were identified, respectively, leading to a total of 4 sequence variants of 360 nucleotides in length. Variant I was identical to AF162131, the first TCDVd sequence to be reported, and the rest exhibited 1 to 3 nucleotide differences, all in the TR domain, from AF162131/variant I. Of the 33 and 29 PSTVd clones sequenced from 2 different PSTVd-infected plants, 8 and 9 sequence variants were found, respectively, leading to a total of 15 variants ranging in length from 356 to 359 nucleotides. The variant I was identical to EF044303, a PSTVd reported in Russia. The rest exhibited 1 to 11 nucleotide differences scattering in all five domains from EF044303/variant I. The results demonstrated for the first time that TCDVd, like many other viroids including PSTVd, exists in host plants as a collective group comprised of various sequence variants. However, in comparison to PSTVd, TCDVd is less polymorphic in tomato plants as fewer variants and lower haplotype/nucleotide diversities were observed. View Full-Text
Keywords: TCDVd; PSTVd; sequence variants; polymorphism; population TCDVd; PSTVd; sequence variants; polymorphism; population
►▼ Show Figures 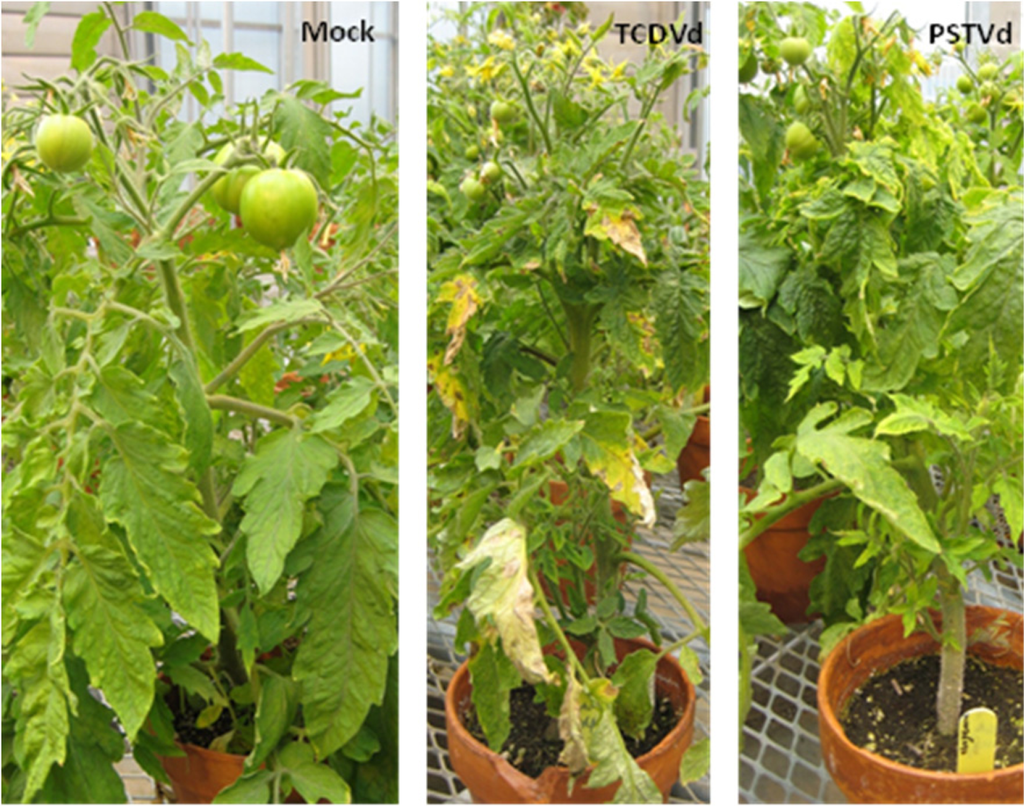