The feline leukemia virus (FeLV) belongs to the family Retroviridae; it is the first feline retrovirus discovered and one of the agents that has a great impact on cats’ health and the ecology of the feline population worldwide. It is associated with the occurrence of several syndromes of fatal diseases, including the development of lymphomas. Studies on FeLV have been reported in Colombia, and most of them have been approached from a clinical point of view. However, only a few studies have focused on the prevalence of the infection, while none have clarified which variant or FeLV viral subgroup is presently circulating in our country. Therefore, the present study investigated the prevalence of the infection associated with the molecular characterization of FeLV present in cats in Aburrá Valley, Colombia. The sampling of privately owned and shelter cats was performed in female (n = 54) and male (n = 46) felines; most of them were seemingly healthy according to the owner’s report, with nonspecific clinical history. Immunoassay confirmed that 59.44% (95% confidence interval (CI) = 49.81–69.06%) of felines were FeLV seropositive. The molecular testing of felines using reverse transcription–polymerase chain reaction and sequencing showed that 30% (30/100) of felines were positive, and the most prevalent subgroup in the Aburrá Valley was FeLV-A. In conclusion, the frequency of leukemia virus, as revealed by molecular and serological tests, is one of the highest reported frequencies to date, and a high molecular variation is shown in the Colombian population. More studies on the behaviour of the virus in feline populations in Columbia are warranted to determine its prevalence throughout the country. View Full-Text
Keywords: subgroup classification; feline viral leukemia; retrovirus subgroup classification; feline viral leukemia; retrovirus
►▼ Show Figures 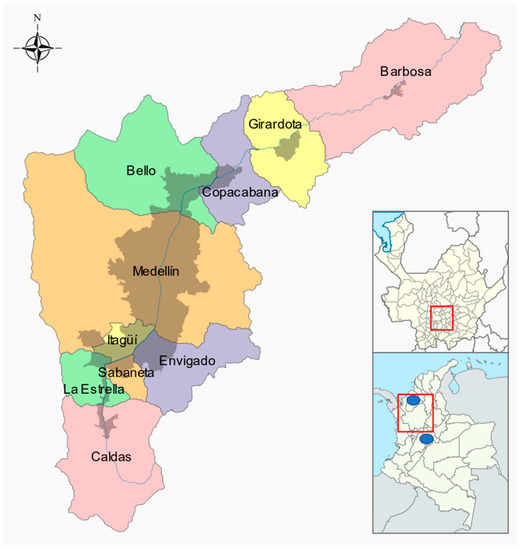