The diameters and heights of trees are two of the most important components in a forest inventory. In some circumstances, the heights of trees need to be estimated due to the time and cost involved in measuring them in the field. Artificial intelligence models have many advantages in modeling nonlinear height–diameter relationships of trees, which sometimes make them more useful than empirical models in estimating the heights of trees. In the present study, the heights of trees in uneven-aged and mixed stands in the high elevation forests of northern Iran were estimated using an artificial neural network (ANN) model, an adaptive neuro-fuzzy inference system (ANFIS) model, and empirical models. A systematic sampling method with a 150 × 200 m network (0.1 ha area) was employed. The diameters and heights of 516 trees were measured to support the modeling effort. Using 10 nonlinear empirical models, the ANN model, and the ANFIS model, the relationship between height as a dependent variable and diameter as an independent variable was analyzed. The results show, according to R2, relative root mean square error (RMSE), and other model evaluation criteria, that there is a greater consistency between predicted height and observed height when using artificial intelligence models (R2 = 0.78; RMSE (%) = 18.49) than when using regression analysis (R2 = 0.68; RMSE (%) = 17.69). Thus, it can be said that these models may be better than empirical models for predicting the heights of common, commercially-important trees in the study area. View Full-Text
Keywords: total tree height; diameter at breast height; diameter-height model; ANN; ANFIS; nonlinear regression total tree height; diameter at breast height; diameter-height model; ANN; ANFIS; nonlinear regression
►▼ Show Figures 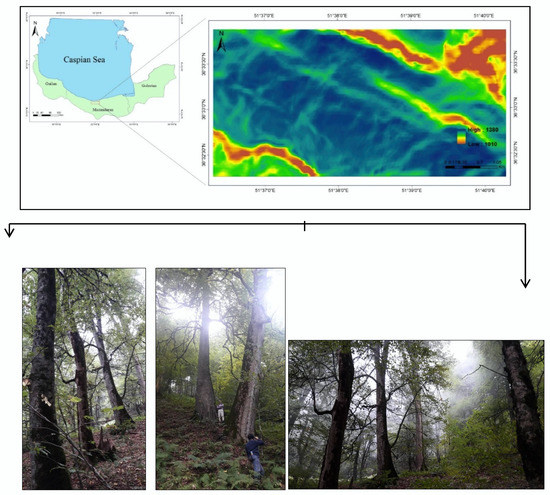