Central Kamchatka abounds in virgin old-growth boreal forest, formed primarily by Larix cajanderi and Betula platyphylla in varying proportions. A series of eight 0.25–0.30 ha plots captured the range of forests present in this region and their structure is described. Overall trends in both uplands and lowlands are for higher sites to be dominated by L. cajanderi with an increasing component of B. platyphylla with decreasing altitude. The tree line on wet sites is commonly formed by mono-dominant B. ermanii forests. Basal area ranged from 7.8–38.1 m2/ha and average tree height from 8.3–24.7 m, both being greater in lowland forests. Size distributions varied considerably among plots, though they were consistently more even for L. cajanderi than B. platyphylla. Upland sites also contained a dense subcanopy of Pinus pumila averaging 38% of ground area. Soil characteristics differed among plots, with upland soils being of lower pH and containing more carbon. Comparisons are drawn with boreal forests elsewhere and the main current threats assessed. These forests provide a potential baseline to contrast with more disturbed regions elsewhere in the world and therefore may be used as a target for restoration efforts or to assess the effects of climate change independent of human impacts. View Full-Text
Keywords: birch; Far East Russia; larch; forest mensuration; pine; size distribution birch; Far East Russia; larch; forest mensuration; pine; size distribution
►▼ Show Figures 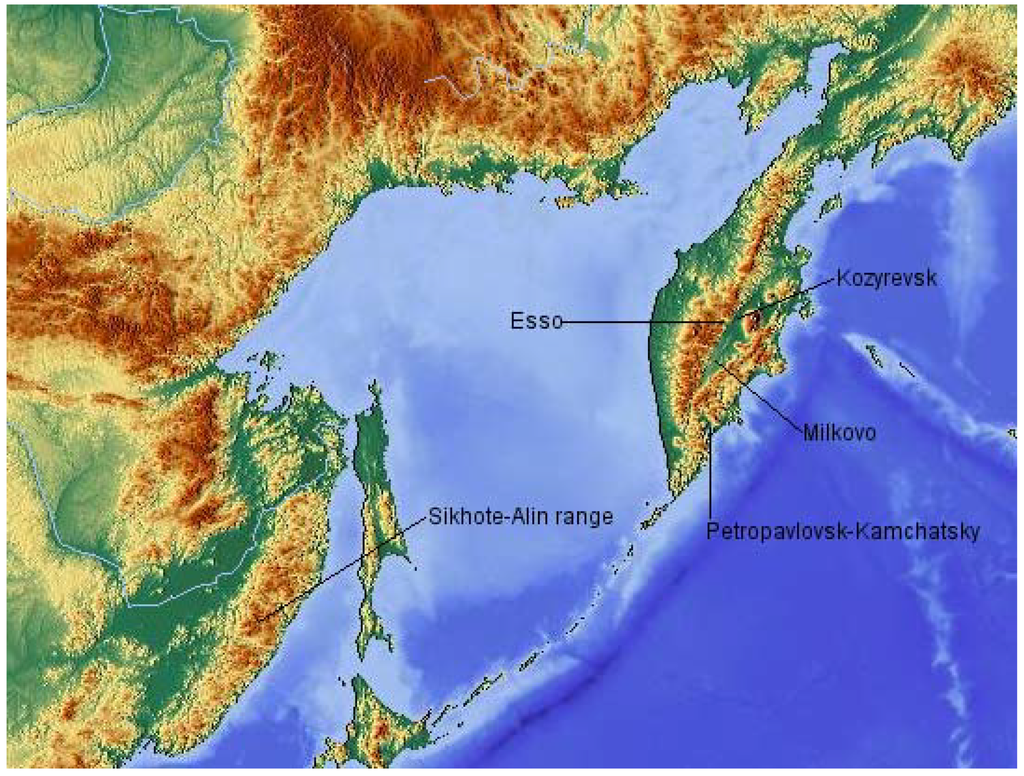