In the present work, in-situ metal matrix composites were fabricated through squeeze casting. The copper particles were dispersed with different weight percentages (3%, 6%, 10%, and 15%) into Al-12% Si piston alloy. Also, heat treatments were performed at 380 °C and 450 °C for holding times of 6 and 18 h. The microstructures, X-ray diffractometer (XRD) pattern, hardness, and wear characteristics were evaluated. The results showed that these copper particles have reacted with the aluminum under all of the aforementioned processing conditions resulting in the formation of fine copper aluminide intermetallics. Most of the intermetallics were CuAl2, while AlCu appeared in a small ratio. Additionally, these intermetallics were homogenously distributed within the alloy matrix with up to 6% Cu addition. The amounts of those intermetallics increased after performing heat treatment. Most of these intermetallics were CuAl2 at 380 °C, while the Cu-rich intermetallics appeared at 450 °C. Increasing the holding time to 18 h, however, led to grain coarsening and resulted in the formation of some cracks. The hardness of the resulting composite materials was improved. The hardness value reached to about 170 HV after heat treating at 380 °C for 8 h. The wear resistance of the resulting composite materials was remarkably improved, especially at lower additions of Cu and at the lower heat treatment temperature. View Full-Text
Keywords: metal-matrix composites (MMCs); Al-Si alloys; copper powder; in-situ intermetallics; heat treatments; casting metal-matrix composites (MMCs); Al-Si alloys; copper powder; in-situ intermetallics; heat treatments; casting
►▼ Show Figures 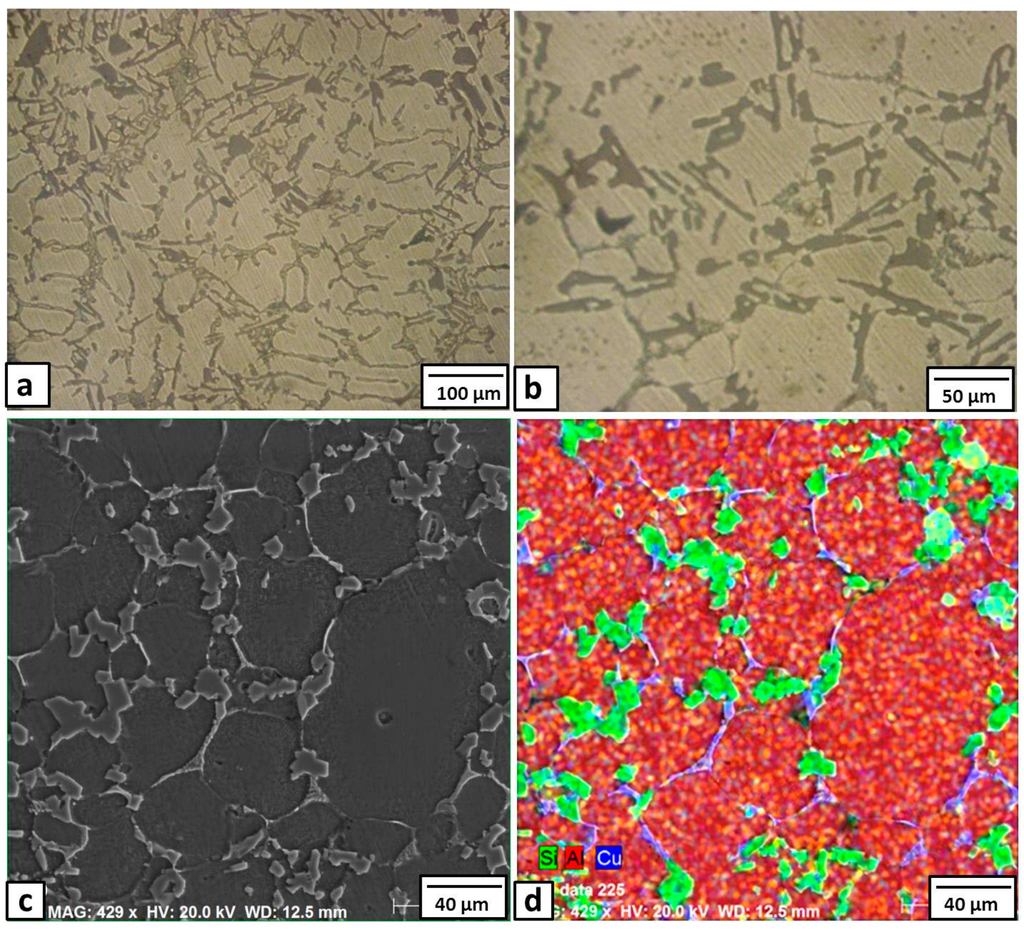